At every turn this year, Jocelyn Benson, the Secretary of State for Michigan, has taken every liberty with election laws (and breaking several) for the express purpose of making the votes less secure.  I have noticed this early on starting with her sending out unsolicited ballot applications, continuing with unaccountable and vulnerable election drop boxes, and much more.  That's why this comes as no surprise that she has deep ties to China and their ruling communist party.

From an article drafted and researched by the National Pulse:

Benson undertook the work aiding the Chinese Communist Party while serving as the Dean of Wayne Law School in Detroit, Michigan. 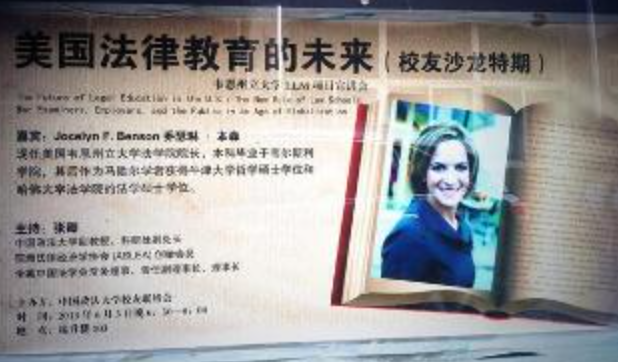 Wayne State’s own website maintains the press release from 2013 which describes Benson’s efforts to link up with the Chinese Communist Party as “vigorous”:

“A growing number of students from China are expected to study at Wayne State University Law School in 2014 — a result of the school’s decision to offer a master’s degree in U.S. law and its vigorous outreach efforts to promote it.”

Benson wanted to provide individuals who could work in Chinese “government ministries involved in negotiations with the U.S.” with legal training from her Detroit-based institution:

“Wayne’s new master’s degree program in U.S. law is designed for outstanding law students from other countries. This will be an attractive program for students who seek to practice law in the United States, transnational law in their home countries, who may work in government ministries involved in negotiations with the United States, or who intend to work on advanced degrees and careers as scholars.”

Benson described the nearly week-long trip as “very productive,” and visited several Chinese law schools, one of which – China University of Political Science and Law – forged a partnership with Wayne Law that would “include an exchange of professors as well as new law students coming to Detroit to study American law.”

Benson also appears to have lectured at Tsinghua University, the Alma Mater of authoritarian CCP leader Xi Jinping.  Xi retains a close link with the college, recently meeting with the institution’s advisory board at the CCP’s Great Hall of the People in Beijing.

Speaking to “a group of students and professors about Citizens United v. Federal Election Commission and the 2009 Supreme Court decision on election campaign funding and First Amendment rights in that case,” Benson opted to become involved with the school that churns out Chinese Communist apparatchiks.

Tsinghua University’s School of Economics and Management (TUSEM) is state-funded and controlled institution that has countless members of the Chinese Communist Party (CCP) on staff. The school’s Dean is an Executive Vice Chairman of the Industrial and Commercial Bank of China, a bank owned by the CCP that receives its capital from the country’s Ministry of Finance.

Chairman Xi spent eight years at Tsinghua, studying chemical engineering from 1975 to 1979, and while serving as a CCP Deputy Secretary of the Fujian Province, he “studied Marxist theory and ideological and political education in the in-service Postgraduate Class at the School of Humanities and Social Sciences” from 1998 to 2002.

Tsinghua University also has a “clear connection between them and the state administration for technology and industry in discussions on what [they] can do to help the national security,” according to former Senior Intelligence Officer in the Defense Intelligence Agency and State Department Official Nicholas Eftimiades.

The school has even launched cyberattacks against the U.S. government, and partners with Western institutions like CNN and the New York Times for its “Marxist journalism” program. 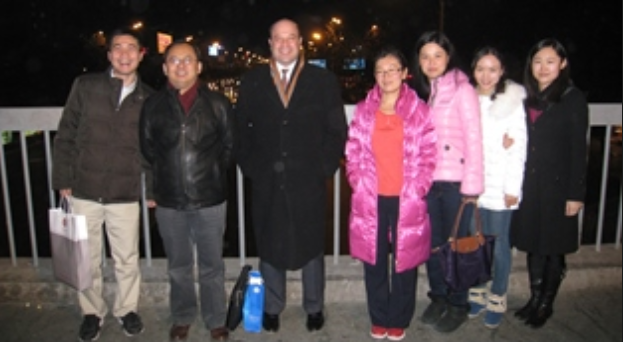 The current Michigan Secretary of State also visited the Northwest University of Politics and Law and the Central University of Finance and Economics in Beijing to court students.

“The Chinese law schools that I visited are highly interested in having one or more Wayne Law faculty members teach courses there. It’s also very possible that some of the junior faculty there will be coming here and perhaps co-teaching courses with Wayne faculty.”

Wow! Another excellent article X. Wayne State is not the only Michigan University over run by Communist Chinese students. Michigan State has a long history of catering to the commies. I have a relative that works there and I was told that many of the students are rumored to be spies. Michigan State has become a power in research and this is attracting Chinese students who are sent here not only to be educated but to steal information from MSU's research centers. This of course makes MSU an attractive commodity for the Communists.

We are being over run by the Communists and we are all to willing to hand America over to them. But they would not be here if not for the corrupt swamp in Washington and Lansing who is selling us out like Biden and his family have done for years.

Going back to the early 1990s when I was doing graduate work at MSU in the field of mathematics, Chinese students were probably the most represented ethnicity in that field, even when including American/European Caucasians as their own group.  I doubt the vast majority of these students had ulterior espionage motives, but it wouldn't be surprising if the Chinese communists used them as pawns for their own purposes, whether it's stealing tech or other spy games.