One does not have to be Nostradamus to portend that the times ahead may be frightening for civil libertarians and the general population.  One has only to look at the last year to realize that the rights that we used to hold dearly to in our past have been eroding at a very accelerated rate.  In analyzing this phenomenon, we shall look at the decay of our basic rights over this last year and try to steer clear from a partisan viewpoint as much as possible in our conclusions.  In reverse chronological order, we look at some major intrusions of those rights in which we once held sacred. The Constitution permits Congress to remove presidents before their term is up if enough lawmakers vote to say that they committed “treason, bribery, or other high crimes and misdemeanors.”  The House of Representatives effectively arraigns the President on formal charges, a simple majority vote acts as an indictment and then a trial is set before the Senate.

In their rush to impeach President Trump for a second time, many of the safeguards provided in the normal impeachment/arraignment process were set aside, violating some of the basic civil rights of the president that our legal system affords the worst serial killers.

The Sixth Amendment allows those undergoing any kind of criminal prosecution a host of protections that have traditionally been allowed in the House at the prior three impeachments, among these are the right to be represented by legal counsel, the right to confront witnesses, the right to be informed of the nature and cause of the impeachment (which implies an investigation that can be reviewed by the impartial jury/jurist).  None of those were granted in a process that only took a few hours where evidential information was limited to gauging whether Trump's speech incited people to invade the Capitol Building.

The timeline totally discredits such an assertion.  Trump began his speech at precisely noon, the first wave of Capitol invaders showed up at 12:40, a place at least 45 minutes away from the speech.  These 'incited' folks would have had to leave the speech before it began, the "fight like hell" quote often brought up as incendiary to this riot, was actually spoke after 12:40.  The "impartial" jurists that argued for impeachment, including ten from the Republican Party, totally disregarded these facts and Trump's rights guaranteed even to him by the Sixth Amendment.

Noted attorney, Alan Dershowitz would go further in saying that Trump's First Amendment rights (already lost the previous week, see below) were violated in that the comments he made was protected speech and that Congress cannot create a high crime or misdemeanor for a president delivering remarks protected by the Constitution.  One might expect as much from a Congress that tried to force the vice-president into invoking the 25th Amendment on a president who still had the mental and physical capacity to fulfill the duties of his office (despite what critics may claim since 2016).

Two weeks ago:  Trump/Conservatives Banned from Media Platforms, the loss of the First Amendment

Ironically, three years ago a federal judge ruled President Donald Trump cannot block critics on Twitter as doing so violates their right to free speech under the First Amendment of the US Constitution.  The court said that discussions arising from Mr Trump's tweets should be considered a public forum, as the messages are “governmental in nature" and that blocking users “as a result of the political views they have expressed is impermissible under the First Amendment."

Executives at Twitter indefinitely blocked Trump, his backers, and his critics from commenting in this public forum by effectively eliminating it based on Trump's political views.  This is an unwarranted destruction of public records according to the court ruling noted above.

This has not been the only purge of conservative views from sites that are obviously acting as public forums.  Three days later, Parler, a neutral platform that attracted disaffected conservatives banned and shadow-banned from other Big Tech platforms, was taken down by Amazon after Google and Apple banned it from their App stores without any viable reason given.  Other media sites have been silenced or blocked, just in case you thought there was still anything resembling freedom of the press.

Over the prior ten months, the First Amendment was decimated for most Americans by many state governors and agencies that drafted emergency executive orders under the guise of stopping the spread of the novel coronavirus.  These generally disallowed people from attending church services, operating their small businesses safely, and peacefully gathering for most purposes.  At the same time they permitted strip clubs to remain open, Wal-Marts to operate mostly unchecked, and violent protests (peaceful protests about ending lockdowns, however, were actively countered by officials).

Two months ago:  Disenfranchisement of the voting process by partisan executive officers

The officials and media outlets making claims that the November 2020 election was fair and free of fraud and subterfuge are also curiously indifferent about proving their point by having those who are dubious forensically audit the vote.  State legislatures make the rules for each state's voting procedure, yet several secretaries of state and governors made their own rules by sending out unsolicited ballot applications, allowing private companies to set up unsecured vote boxes, and a host of other 'safety' protocols that made the voting process easy to defraud.

When 94% of 40 year bellwether counties go strongly for Trump and several states flip from big Trump leads to narrow Biden wins overnight, with Michigan experiencing two Biden blips that defy statistical analysis, one can easily lose confidence in vote integrity.  When red counties like Antrim initially show a giant Biden win and multiple townships having well over 100% of registered voters voting, one can lose confidence in the machines and process used to vote.  Even during Covid-19, keeping election inspectors away from the counting of votes, which happened downstate, is more than suspicious.

Hundreds of sworn affidavits claiming even more suspicious actions have been compiled; we should believe them more than a secretary of state that would not follow the rules put in place by those given that power in the Constitution, more than partisan vote-counters blocking others from watching what they are doing, more than votes placed in Zuckerberg's drop boxes, and more than precincts that have many more votes than registered voters.

The future of your civil rights

Despite a strong comeback for Second Amendment rights during the Trump Administration, his successor sounds as if that will be the next right to fall.  Joe Biden made it clear during his campaign that he would be actively pursuing strong gun control policies which ironically shot gun sales up to record territory after his election.

The deterioration of rights looks as if it will continue unabated over the next four years, buoyed by Big Tech, Big Media, and Big Government aligning together against the individuals who value their inalienable rights.  The words from George Orwell's dystopian novel, 1984, express what may be in store for us four decades later than the title:

If you want a picture of the future, imagine a boot stamping on a human face— forever. 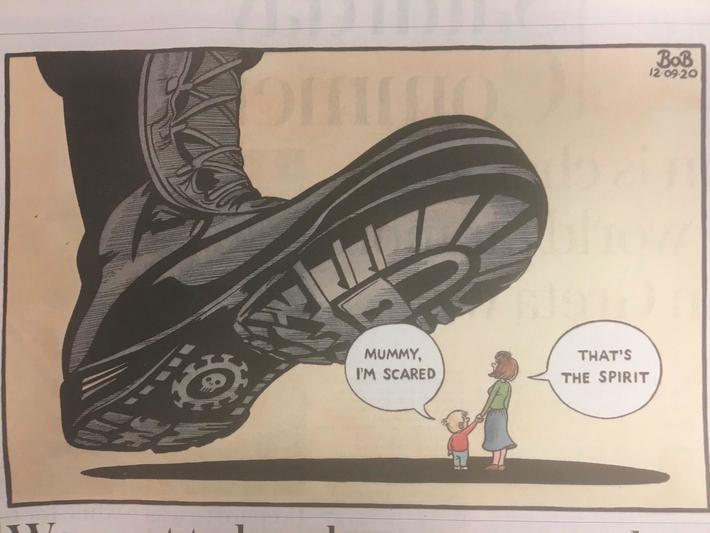 Corporations and governments are not poised to fight for the restoration of the rights we have all lost over this short time, rather they are priming themselves to erase the vestiges of civil liberties that still remain.  Only you and your freedom-loving peers stand in the way of this emerging tyranny, negatively affecting almost everyone eventually, regardless of your political affiliation.  What better time to commit to defending your rights, on the eve of when we celebrate the man who crusaded for rights that were denied to a segment of our population.

Excellent article X. Well stated. We have to hold on to our hats because the ride ahead is going to be bad. You are correct on every point. When Obama said they were going to fundamentally change America, how little did most people understand what that really meant. To bad there are so many ignorant people in this Country. 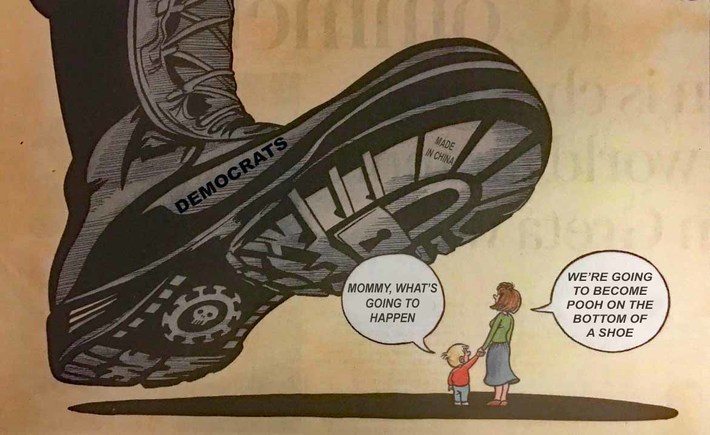