With all of the questionable acts made by Ludington city officials without an investigation taking place, one would likely consider the investigation going on in Scottville of their city manager as "much ado about nothing".  The reported controversy as marketed to the public seems to not be that controversial at all:  the City of Scottville almost missed a deadline to submit their paperwork to the State to apply for revenue sharing funds that would amount to just under $50,000. 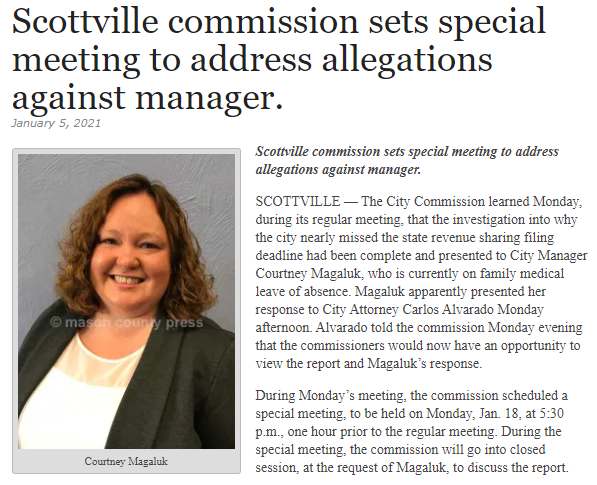 Allegedly, City Manager Courtney Magaluk received an early November E-mail from state officials telling her of the deadline for filing, but didn't diligently work towards that end.  City Treasurer Kathy Shafer and Police Chief Matt Murphy worked over the Thanksgiving weekend to complete and submit the forms to receive the money from the State.  According to Commissioner Rob Alway, this happened at a regular commissioner meeting on December 4th.

The near-miss concerned city commissioners, so they formed an investigatory committee  consisting of Chief Murphy, City Attorney Carlos Alvarado and Mayor Marcy Spencer at that meeting.  The committee was tasked with exploring any other possible oversights in the city’s financial records and to identify who was at fault.

At the Dec. 21 meeting, Alvarado stated that Aaron Sailor, a detective with the Scottville Police Department, had been consulted and asked to review the city’s financial paperwork for the committee. Alvarado stated that Sailor had found several “incidents” with “unanswered questions” in his review of the records.

At the Zoom meeting on Monday, January 4th, Magaluk, who has been on an extended maternity leave since November 30th and was scheduled to be able to work part-time with the option of working remotely at home, argued against an agenda action item to rescind that option during the public comment period.  The commission voted unanimously in denying her that option. 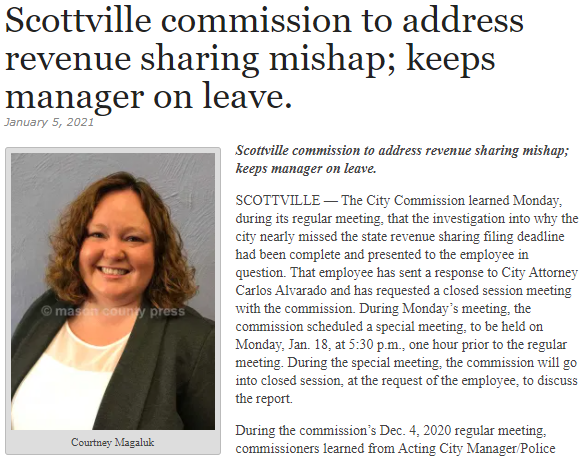 Commissioner Alway has another job as editor-in-chief at the Mason County Press (MCP), and released one story following the meeting on Monday, then thought better of it and changed the title and some particulars regarding it, here are those two articles (the first was removed from the MCP and is cached):

The changes between articles appear to modify allegations down to a simple mishap.   Other changes are made in the article in order to not directly implicate the manager of wrongdoing, at least at this point:

"Magaluk apparently presented her response" to "That employee has sent a response".

"the commissioners would now have an opportunity to view the report and Magaluk’s response." to deleting that phrase.

"each commissioner will have an opportunity to go into city hall and view the report." to deleting that phrase.

It is unclear whether the commissioner changed the original article due to legal concerns, but it is quite telling that contrary to journalistic standards, he decided to make the story vaguer rather than clarify things on his second try.  Responsible journalists and officials try to tell the public the complete truth, propagandists and corrupted officials try to obscure or withhold the truth from the public. 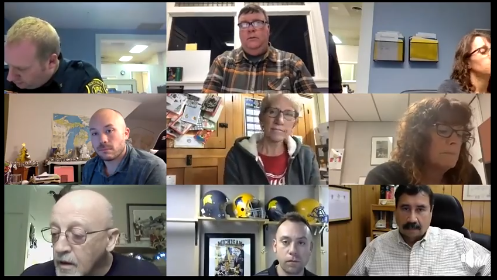 Three weeks after the investigation was completed and reviewed by the ad hoc committee, the public is being told that the only specific item investigated was the 'near-miss' of a statutory deadline.  If this was just an isolated incident of carelessness made by a city manager about to give birth and concerned with other things, why was there a major investigation launched?  If there are more charges of malfeasance why isn't the public being trusted with hearing about it?

Barring some other serious issue beyond Magaluk's oversight, there are several bigger issues that deserve their own investigation.  Alway repeats his claims that there was a regular meeting held on December 4th, 2020, and that a committee was formed at that meeting.

A regular meeting was held on December 7th, there was no scheduled regular meeting for the fourth, nor were any minutes for such a meeting approved at any of the other December meetings.  At the December 7th meeting (if Alway's date was a misprint), the formation of the ad hoc committee was not on the agenda.

The committee was formed for specific purposes:  to investigate/determine why the revenue sharing paperwork was overlooked, who was responsible, and to determine whether other tasks may have not been performed.

When Defective Aaron Sailor's investigation uncovers several "incidents that have some unanswered questions" one wonders whether the purview of the committee has been exceeded and why there appears to be a covert witch hunt underway to get rid of City Manager Magaluk for the 'serious crime' of almost missing a deadline when she's eight or nine months pregnant.

The big issue of malfeasance is thus not why the city manager of Scottville was so irresponsible in November, but why is there so much mysterious intrigue and in-fighting going on at Scottville City Hall ever since.  An open process at city hall instills confidence in the citizenry; a secretive process fosters suspicion and a commissioner/'journalist' changing their story in favor of obscurity over clarity festers distrust.

The Ludington Torch has requested the investigative reports and Magaluk's response to those reports, we expect to get them before the new mother is placed on the pyre on January 18th.

Very interesting goings on in the big city of Scottville.

The City officials in Scottville are sure a multi talented bunch. I had no idea The Chief of police was a grant writing expert or that Sayler was an accountant and financial expert. They must be trying to keep up with Alway who thinks that being a City official and newspaper reporter simultaneously is going to benefit the public. Alway always surprises me when he continues to believe it's OK to be a guardian of oversight dealing with the news about City officials while being one himself. Unless there is a suspicion or some evidence that a crime was committed, why was the police involved with this? It seems to me that this could have been easily remedied without smearing the Manager's name all over the local paper. Nothing like putting the cart before the horse. One has to wonder exactly what is going on in the metropolis of Scottville. Why didn't the Commission formulate an ad hoc committee to split the duties of City Manager among themselves. Why in the World would they put the Chief in charge of the City. It's almost like he's his own boss. It doesn't make sense that he is doing  the job of someone he is investigating. I don't know any of these people but it sure seems to me like they are chasing their own tails. 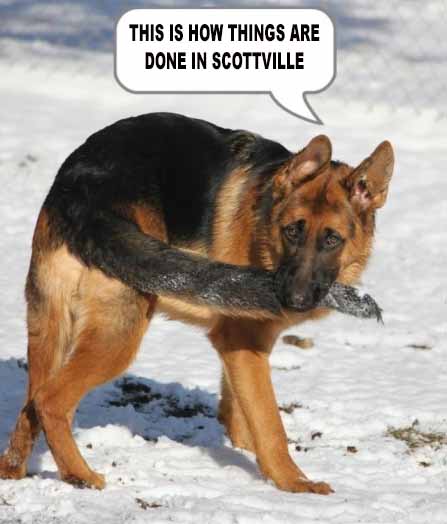 You bring up some other issues that are relevant, as the chief has some definite conflicts, especially when the investigation continues to be held exempt from public view but not city officials.  There has been a trend in Scottville after Amy Williams' retirement as city manager and Commissioner Petipren's departure to be less transparent and accountable to the public.  Scottville citizens notice that.