The Murky Legacy of Thad Taylor

Manistee City Manager Thad "Tainted" Taylor made an announcement on January 19th which was music to the ears of most of the 6000 people living in that city.  After 44 years of incompetence in the public sector, five decades of ineptitude with the last five years being at the expense of the good citizens of Manistee, he was going to retire, effective July 2nd.

The council that employs him gave the usual perfunctory support that the occasion obligated them to, but neither were able to mention any accomplishments of Taylor other than the fact that he's been able to work for forty-four years.  A councilor could have mentioned that Tainted Taylor was successful in blocking the release of public records for two years-- before the Michigan Court of Appeals remanded a FOIA lawsuit back to the Manistee circuit court where they ruled that the records should have been made available to the citizenry at the time it was requested. 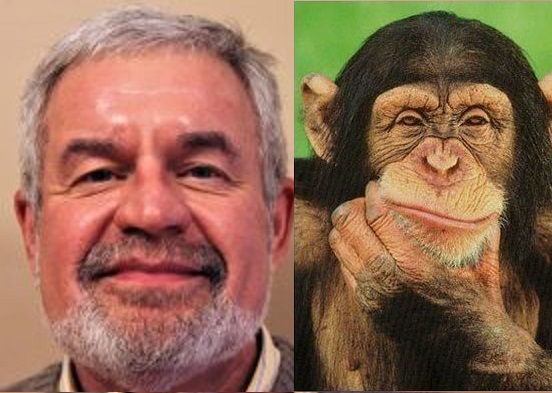 So maybe that wasn't an accomplishment after all, but there is something he did manage in his five year tenure:  making the City of Manistee sanitary sewer system the most unreliable in the whole state.  The latest available EGLE reports on Sanitary Sewer Overflows (SSO) from 2018 and 2019 show that Manistee's sanitary sewers far surpass all others in the state for having 'overflow events' and that the magnitude of raw sewage released into the Manistee Lake, and sometimes the Manistee River, exceed almost all of the sewer systems servicing much larger communities.

When a SSO occurs there is a release of untreated or partially treated sewage from a municipal sanitary sewer into the environment.  Moderate rains appear to trigger hydraulic overloads in Manistee's system, even though they are not reported as having a combined sanitary and storm water system.  Most sanitary sewer systems in Michigan get modified when they suffer a lot of SSO events.  Manistee doesn't appear to be doing so in their long-range planning.

Back in 2018, Manistee's Wastewater Treatment Plant (WWTP) could not crack the top ten sewer systems in the state in terms of volume of raw sewage dumped into the environment, and yet they were able to dominate the field in terms of SSO events: Their 12 SSO events were at least twice as high as all others ahead of them, and behind them (except for one that had 8 SSOs).  Each of those counties are at least six times as populous than Manistee, some of the treatment plants provide sewer service for a much higher volume of sewage.   The abnormally high number of events in Manistee indicates that the system may be inadequate and needs improvements.  Thad "Tainted" Taylor saw those results and saw that there was room for improvement, which leads to the 2019 overflow chart:

Though they experienced only 11 SSOs, they came close to multiplying their volume by four in terms of raw sewage released to  Manistee Lake.  This was good enough to move them to second best in the state for polluting their own backyard, quite a way behind a mega-facility (GLWA WRRF) who suffered one mega event over a month period-- otherwise they would have finished second.

Are we giving too much credit to Taint for accomplishing these state-leading numbers?  Not really, the record shows that controlling sewer overflows was one of the goals of the city in 2016.  During the intervening years has the City of Manistee done anything to make it better?  If the numbers do not speak for themselves in 2018 and 2019, then the lack of any meaningful sewer improvements over the last five years to control overflows should be able to do the talking.

Thad "Taint" Taylor's Manistee legacy is akin to what you see bobbing up and down in the waters of Manistee Lake after a rain storm.  In all aspects, in all fairness, he has been a shitty manager instead of a city manager.

I don't know much about Mr. Taylor but it seems to me that problems like sewer overflows and other sanitary conditions dealing with municipal waste water systems are usually a long term problem that have been ignored and put on the back burner by prior politicians. My guess is that most of the sewage problems existed long before Taylor was a Manistee employee. I would think that all of the previous city councils and the voters who elected them are the ones who share most of the blame.

No argument that wastewater system malfunctions typically come from long-term neglect, yet I would note that Tainted was made aware of the issue early on in 2016, giving him five years to develop some kind of strategy and raise some funds for solving the issues.  He and his staff have not considered it a priority at all; I would not be surprised that Taylor and the same law firm that costly fought the DEQ and DNR on John Shay's behalf for four years in order to avoid correcting wastewater issues in Ludington are doing the same thing in Manistee away from the public eye.   When a city manager avoids a major wastewater issue that needs addressing for his full time in office, that sh*t is on him, in my book.

These kinds of situations are made to enrich  attorneys but we have to remember that a CM serves at the pleasure of the Council and anything he does or does not do is approved with their blessing. Just like Ludington, the blame for the City's problems lay squarely at the feet of the Council and Mayor who are elected by [sorry to say] ignorant voters.

City councils and mayors are often complicit in the neglect, but when you have a city manager system that supposedly takes the politics out of the general operations of the city, the CM should get the lion's share of the blame when things go very bad like this.

I would say that after the forced retirement of Manistee Mayor/Councilor Jim Smith at the end of 2018, (losing a reelection bid with fewer than 40% of the vote) the overall level of public engagement by Manistee's elected officials has dropped off considerably.  In these troubled times, it seems that any politician that directly addresses problems (rather than avoid them, as all currently elected officials in Ludington and Manistee have practiced) loses at the ballot box because most voters don't like to hear reality when fantasy sells so much easier.

I agree, X, unless the position of a city manager comes down to his/her internal ethics to stand up against an ignorant or political council the office turns into a big turd that plugs the sewers.  As Willy has said, these are flawed systems of manager/council government, because if a city manager doesn't insist to a council to do what is right (and can keep his job) then right is not going to get done.

In the case of Ludington sewer failures, and mounting debt, etc., shame on the past 12 year management, past termed out mayor and city council for not putting emphasis on getting infrastructure fixed, and shame on the continued lack of priorities with today's council. Sad about Manistee because it will affect all surrounding areas eventually. And shame on Thad Taylor for sitting in there for five years and doing little (and acting wrong with FOIA which cost his city a bunch) just to collect a retirement and pension probably. That temptation, imo, is the fault of MML promoting a union-like city management hiring procedure. How many real, down-to-earth local managers with a desire to serve the city and do what is right are even considered in the hiring procedure if they are not kissing the MML group social club and procedures.