President Donald Trump landed in Sacramento, California Monday for a briefing about the wildfires that have killed at least 33 people and forced thousands from their homes.  During a meeting with officials on the fires, California Gov. Gavin Newsom accepted that his state can do a better job of forest management. But he told Trump that it is "self-evident that climate change is real and that is exacerbating this." 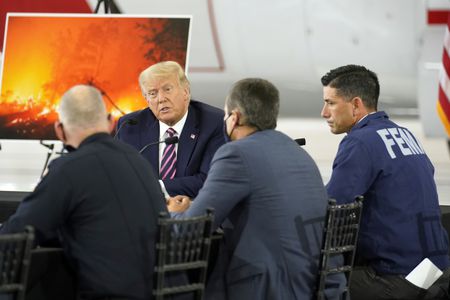 Wade Crowfoot, secretary of the California Natural Resources Agency then argued that "if we ignore that science and sort of put our heads in the sand and think it's all about vegetation management, we're not going to succeed together in protecting California."

Crowfoot said, "I wish science agreed with you."

Trump got in the last word of the exchange: "Well, I don't think science knows actually."

The magazine Scientific American reacted by endorsing Joe Biden, Trump's presidential opponent who has probably not read any science books in over half of a decade.  SA editorializes: "The evidence and the science show that Donald Trump has badly damaged the U.S. and its people—because he rejects evidence and science."  The case they make in their defense is based on his skepticism of climate change and their disdain for his handling of the coronavirus.

The science and evidence one gathers from reading this article propping up Biden's leftist policies and denigrating Trump's skepticism, lends proof to this magazine being about politics rather than science.  It may have never endorsed a presidential candidate in its 175 year history, but now that it has, I will be skeptical of the science in each article from here on out.  They have totally abandoned the scientific method in making their political statement.

No matter how many scientists and media pundits say otherwise, President Trump is right in both of his statements to Secretary Crowfoot, who has a bachelor's degree in political science and a master's in public policy.  Why he comes off as an expert in climate change is anybody's guess, the only science he is proficient in is political science.

Over the next 15 weeks, it's almost guaranteed to be a lot cooler, minimizing to 52 degrees in early January.  The next time Sacramento has higher temperatures (on average) than September 14th will be next summer (June 22, 2021).  Scientists used to be able to concede facts based on compiled data, but Secretary Crowfoot thinks science is not on the president's side for stating an easily proven truism.  It'll keep trending cooler in Sacramento until the end of 2020, I'll place that wager with odds anytime.

Trump: (in response to 'I wish science agreed with you') "Well I don't think science knows actually..."

What non-scientists Governor Newsom and Secretary Crowfoot tend to ignore in their lectures to the President on climate change is that you don't need to be a scientist to understand what the scientific method is, and Donald Trump understands that.  Science cannot be declared valid just by having one or more scientists claim that it's truth, what science involves is looking at experimentation or data to attempt to falsify falsifiable hypotheses.

Nobel Prize winning scientist Richard Feynman explains the method to a group of schoolchildren over 50 years ago in easy to understand terms, noting that anybody can start the process by making a guess that can then be investigated with a process:

Real science does not elevate a 'guess' to indisputable proof when it is constantly refuted by experiment and data.  This has been what has happened to the climate change narrative.  If you are skeptical or point to the data which refutes a 'distinguished team of scientists' guess, you get labeled a denier or of being anti-science.  It's clearly the other way around, however, as they are the ones rejecting the scientific method which includes a healthy degree of skepticism in analyzing the data.

So Trump is 100% correct (again) when he notes that he believes that science doesn't know that it's not going to be cooler, whether it be for the rest of the year (as looked at already with the certainty that it will get cooler) or for the rest of the century.  The scientific community has already made numbers of inflated predictions that don't ever develop.

A skilled meteorologist can draft up a ten day temperature forecast for an area, but each succeeding day he goes into the future, the less accurate his forecast will be.  If you recall one of Michigan's top climate scientists, Dr. Jeffrey Andresen, was telling Resilient Monroe in early 2013 how snow and freezing temperatures were soon to become history here in Michigan as we moved towards an Oklahoma climate, indicating that the winter of 2013 would be mild; yet we had our coldest February in recorded history here in Ludington and greatly above average ice coverage on the Great Lakes.  He dismissed that when he lectured us in Ludington on the absolute truths of global warming.

Dr. Andresen was more of a salesman than a scientist, just like many of his peers, willing to sell his integrity so that he can get financial backing for something that is a distant relative to science.  Science cannot tell us what's going to happen as far as weather or climate in the near future, at best they can use all of the scientifically proven guesses, combine that with data and experimentation to give us an educated guess that should never be accepted as complete gospel.

Donald Trump may not understand as much climate science as somebody in that field, but he does know the limitations of science and that the weather will get colder and that science does not know the answers to the weather or climate in the future-- just look at any ten day temperature forecast and compare it to what actually is experienced, or look at the doomsday predictions of climatologists of the last two decades that never developed.

If we are so worried about Climate Change now what cause the Ice Age to end? AOC says that cow farts is a big danger to us, did all the Buffalo cause that. I did not  think there was that many cars or factories were around.

Welcome to the Ludington Torch, Joseph, where we hope everyone's first statement touches on cow farts.

Another excellent article X. Not only has the man made climate change been unproven but a lot of the studies have been falsified. Then we have the extreme climate change morons and those people are the geoengineering crowd. After researching geoengineering on the internet I found that much of the articles and videos regarding the negative effects of geoengineering have been eliminated in just the last year. If we are not careful the chicken little crowd may actually cause a massive catastrophe, all in the name of climate change and saving the Earth. The new generations have been indoctrinated to believe the World will end due to climate change in the near future. 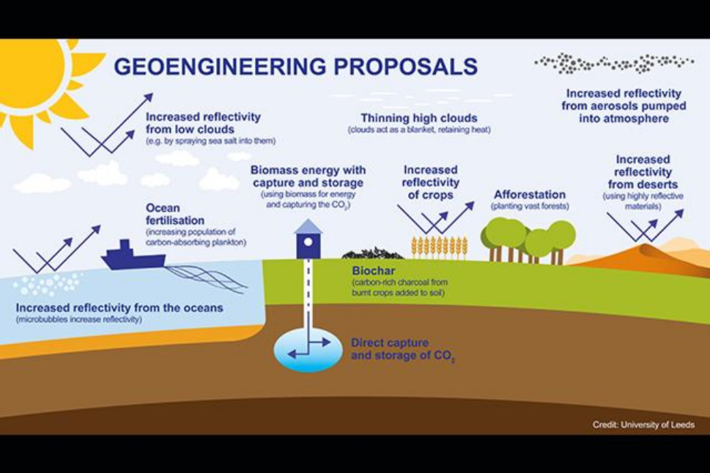 Science has become so tainted with politics that much of it has lost any semblance of real science; some disciplines have become more of an ideology or religion than dispassionate, impartial science.  The reason why one political ideology has effectively highjacked science to the point where they have stifled debate, is because they see what a powerful ally having science on your side is-- and yet it cheapens the brand to where it eventually becomes irrelevant to truth-seekers, and even to the less critical.

We have seen this happen earliest in the social sciences, then with climate science, and we see that it is rather deep in medical science.  Remember the 'American Frontline Doctors', who came out with a message that masks were unnecessary for everyday use, hydroxychloroquine worked, and Covid-19 was treatable?  Their message was not disproved by their peers, through studies, or by the press, but they were de-platformed and mercilessly attacked by big tech, big pharma, and big media for going against their sadistic narrative.