A Closer Look at Friday's Rip Currents and Lifesavers

As explained in this recent thread, if not for the courage of some fearless surfboarders some lives may have been lost.  Today's City of Ludington Daily News (COLDNews) elaborated on the basics of the story that was hinted on in the previous article about some people needing to be saved on Friday due to some nasty rip currents at Stearn's Beach.  See if you can determine what is present and what is missing in this article written by Steve Begnoche: 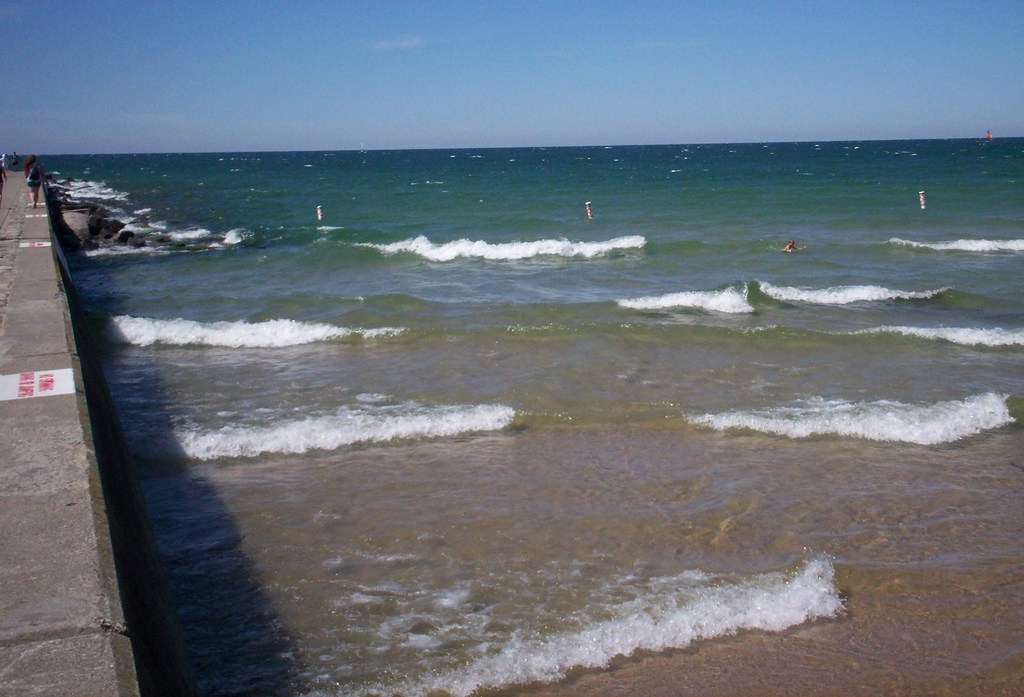 Patrick Sybert of Golden Township credits adrenaline and angels for helping him and fellow surfers Tim Driscoll of Holland and “Toledo Bob” save five people pulled out into Lake Michigan Friday afternoon by a rip current off Stearns Park.
“It was a major deal,” Sybert told the Daily News this morning. “These people are alive; there is not any recovery going on today.”

Sybert said he’d been surfing at Ludington State Park until his friends called and told him to come to Stearns Park.

Surfers, he explained, use the rip currents like those airport moving walkways to ride out into the lake and not have to fight the waves they surf back in on.

Waves were running 3 to 4 feet with “sets” of 6 to 7 foot waves the surfers sought for their rides rolling in every 3 to 5 minutes.

They were enjoying the surfing when they heard screams.

The print news continues the story: Over the weekend, a young lady drowned in Lake Michigan in Muskegon, and we had an older man drown just to the north around the Nordhouse Dunes area.  We were very lucky that we had some dedicated surfers who love rip currents down at Stearn's Park on Friday save our visitors.