As reported on Mlive, two swimmers drowned at Holland State Park on Saturday, June 6th, 2020 due to hazardous water conditions.

Christian Ngabo, 17, was swimming with his 19-year-old brother when both began to struggle. Waves were 4 to 6 feet, with a rip current.  Other beach-goers threw a life ring to the older brother and helped him to shore. Sheriff’s deputies were called around 4:55 p.m. and began searching for the missing teen. During the search, police were informed that a 6-year-old boy, Iain Rowe (below), was also missing. 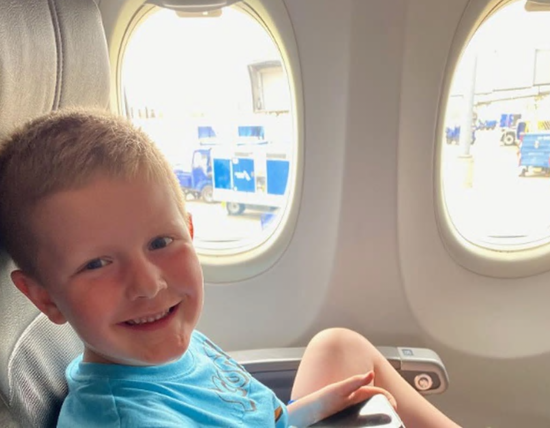 Personnel searched for both victims on Saturday and resumed Sunday morning.  Rowe’s body was found around 7:15 p.m. Sunday, June 7, along the rocks just north of the Holland channel.  When divers returned to the lake Monday morning to continue searching for Ngabo (pictured below), they immediately went to look along the pier.  They recovered the teen’s body 10 feet from where they found the boy, he said. 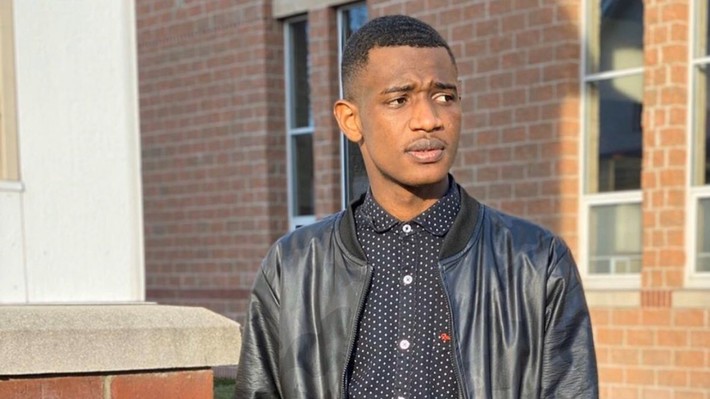 Reportedly, a red flag had been flying at the park's entrance signaling that conditions were dangerous, and some staff had told those at the beach that it was unsafe.  Conditions were so rough, with waves crashing over the marine unit boats, that rescue efforts were mostly thwarted on Saturday.  Both victims are presumed to have been swept away by strong rip currents that were present up and down the beach that day.

“The thing about drowning is it’s 100 percent preventable,” said David Benjamin, executive director of public relations at the Great Lakes Rescue Surf Project.  Benjamin is a strong advocate for lifeguards, which most Lake Michigan beaches don’t have. Absent them, it’s up to swimmers to know how to save themselves. It typically takes too long to get first responders to the scene of a possible drowning for them to perform an actual rescue.

Park Township Fire Chief Scott Gamby responds to water emergencies at Holland State Park. Time and again, firefighters find people swimming while a red flag was flying, as was the case on Saturday.

“We see it all the time,” Gamby said. “Every year, it’s the same thing. We continue to lose people to Lake Michigan.” 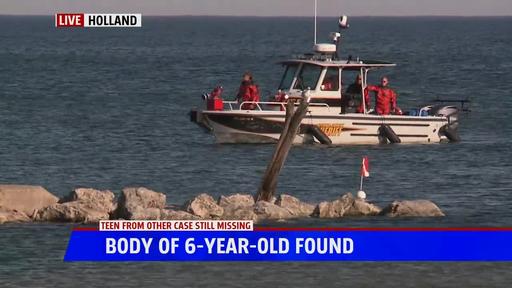 For a decade, the Ludington Torch Let's ROLL (Rescue Our Ludington Lifeguards) has advocated for the use of beach safety resources to fund lifeguards rather than for a beach patrol that spends most of it's time off the beach in enforcement and parking monitoring duties.  It has been noted that the cost may even be cheaper.  While having law enforcement officers at Stearns all day generally drives people away to other area beaches, having lifeguards will actually drive more people to the beach for the added safety it portends.

In this year when Lake Michigan water levels are so high it makes even better sense.  Last July, you may remember the tragic death of Albrianna Huck, 14, at Ludington's Stearns Beach, and a death the following week at the Ludington State Park of an able bodied man.  Had there been rescue personnel on duty at either site, there may have been a different outcome than recovery of the deceased.

With a new police chief, a new city attorney, and a new perspective on public safety, perhaps our city leaders can explore utilizing lifeguards rather than parking lot monitors at the beach.

And another tragic loss of life due to loss of Lifeguards, the best asset for any beach for many decades. Shameful if Ludington also continues on without them now.

Today  the beach was crawling with people due to a heat wave that saw temperatures above 90 degrees, a lot of people in the water, and a noticeable wind with a storm coming through later.  It's yet unknown whether we even have a dedicated beach patrol out at Stearns due to the Covid mess-- I didn't see any as I passed by.

High waters, added turbulence near the breakwall-- we're playing with fire this year that looks like water by not respecting the dangers posed by even small wave events.  If we relive last year's tragedy or the three tragedies at Stearns Beach ten years ago, I can at least say that I was the only one pushing the envelope when it should have been pushed during last summer.  Every single city official bar none, has not even weighed in on the topic, they were too busy celebrating the failed West End Slab and their other new puppy, Harbor View Marina Money Pit, to actually care about real beach safety, but I did and I will go off at these city officials if we have any deaths this year, and it won't be with polite words from behind a podium.