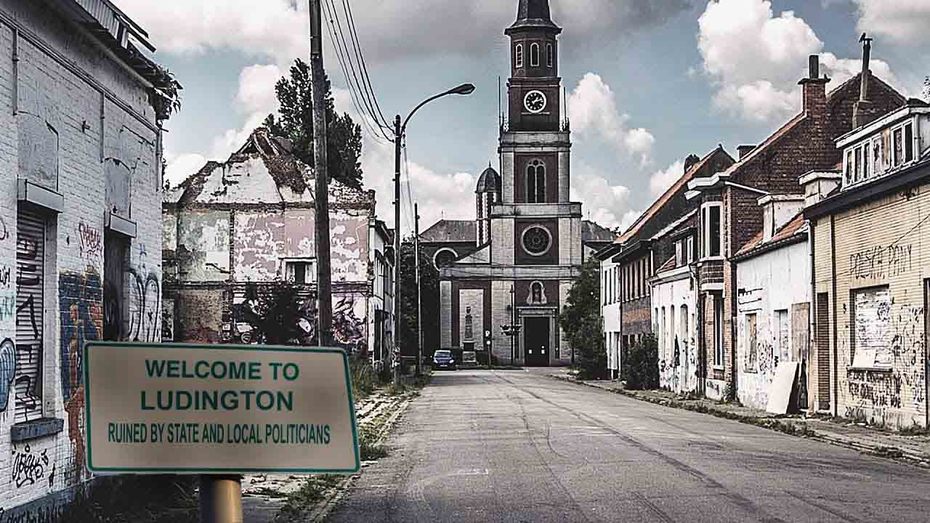 That looks like the Polish quarter of Ludington.  One good thing that might come out of this overplayed hysteria that threatens to ruin the state's economy, and unchecked excesses that threatens to ruin Ludington's economy (high water mitigation issues, $101 million for Bryant Jebavy Academy, state subsidization of marinas in question, unchecked fringe benefits, bidding corruption, cronyism, etc.), is that a significant portion of the people have been moved to caring about what their government does, moved to acting to remedy the problems, and moved to reclaiming their civil rights from an oppressive and tyrannical government that fails to serve them in any way.  Rebellion is already underway across Michigan as governor-branded non-essential businesses fight against injustice and rediscover their natural rights; I predict you may see some violence in the coming week in Lansing from agents of the governor.