While our beach patrol was absent from Stearns Beach last week for several days before Labor Day, the Milwaukee Sentinel Journal published a story of heroic beach rescues out of Manistee made by a vacationing West Allis firefighter, Jeff Cavett: 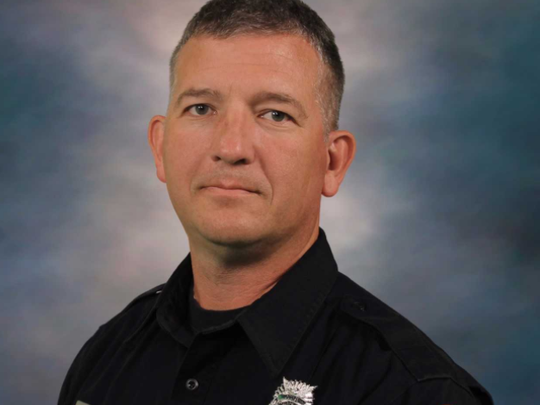 WEST ALLIS —  The beach in Manistee, Michigan, was dazzling under a blue sky and bright with sunshine, but under the waves a terrified little boy was desperately fighting to get back to the surface so he could breathe.

"His eyes and mouth were wide open. He was on his last opportunity to breathe," said West Allis firefighter Jeff Cavett, who had seen the little boy fall off his boogie board, a small flat float.

Cavett had been playing in the surf with his two teenage sons and 11-year-old daughter when he realized the child's distress.He swam to him under water, under the waves, and came face to face with the child who couldn't have been more than 11.

He lifted the youngster high so he was above the waves as Cavett walked to the beach.

"He was spitting out water and gasping," he said. And when they reached the beach, the youngster cried as he held onto his mother, who had no idea how close her son had come to drowning. Lifeguards are no longer stationed at the beach where the Cavett family had joined many other families on July 27.

Cavett, who was on vacation, went back in the water to play some more with his children, and was relieved to see the child was already getting over his terrifying experience.

"Ten minutes later, I saw him in the surf but closer in."

Cavett thought he was finished with good deeds for the day. But he was wrong. By the end of the afternoon, he would have rescued four children from waves that a summer wind had churned deadly and from a riptide that had crept close to the beach.

It wasn't long before he saw a little girl, only 4 or 5 years old, wearing inflatable water wings around her arms, being carried swiftly out into the lake by that riptide. Her brother, only a year older, was desperately trying to catch up to her.

Cavett knew they were in more trouble than they realized. He knew the lake, having practically grown up on the beach during frequent family visits to the area.

"They would be out into the lake in seconds," he remembered.

Using the same underwater approach he had used earlier to save the little boy, he saw the same wildly starring eyes, the same gaping mouth when he reached the little girl, who was once again under water.

Lifting her high above the waves, Cavett then reached over to her brother, caught him under the arm and slung him over his shoulder. "Like a sack," Cavett said, chuckling at the memory. He lugged nearly 100 pounds of kids back to shore, as he struggled against the current.

He reached the beach, exhausted.

"I've had it. I've got to sit down on the beach and get a little warm," Cavett remembered thinking.

To his dismay, he never found the mother of the brother and sister he had just saved. He had to tell them to stay on the beach until their family came and not to go back into the water. He was appalled at the parents' absence.

No matter how nice the water looks, parents have to keep their eyes on their children, he said.

"You should never turn your back on the water. You just never know," he said.

During Cavett's heroics, a warning flag had been set out to keep swimmers close to shore. The waves had picked up so quickly, the children he rescued and others had been taken unaware.

The exhausted firefighter was just trying to recuperate when he saw yet another little boy on a boogie board being swept out into the lake.

The child's uncle, a man in his 30's, trying to reach him, but in desperation called for someone to help his nephew.

The boy, 10 to 12 years old, had managed to stay aboard his boogie board, but he was already almost 80 feet into the lake. Cavett would have to swim through waves that were a punishing five and six feet to reach the boy.

Tired as he was, Cavett hit the water. "It was automatic."

"It there's a call for help, I have to help. I serve," the 19-year veteran of the West Allis Fire Department said, simply. That isn't to say it wasn't desperately hard.

"I said a prayer to give me the strength and just kept paddling," Cavett remembered.

Swimming past the uncle, the firefighter reached the child. The water was way above Cavett's head, so he pushed the child on the boogie board toward the edge of the riptide. He well knew the folly of swimming against that relentless ribbon of current.

For a short time, Cavett was pushing both child and uncle, but he soon realized that was too much.

He left the uncle where he could stand and Cavett could hear him gagging on water and gasping for air as he pushed the boy back to the beach. "The uncle was pretty well spent," he added,

One of Cavett's sons came into the water to help his dad back to shore.

"I had nothing left in my legs," Cavett said. Kicking so hard and walking against the ferocious current had sapped the strength of the same legs that had once powered Cavett in a mile-long swim.

Apparently, word of the dangerous conditions had reached the Coast Guard and one of the guardsmen also was on the beach. Cavett remembers the young guardsman looking out at the now menacing waves and saying, "You were out there? You were out there with a kid? You swam in from out there? Not many people come back from that."

Coast Guardsman Derrian Angeles confirmed that the four rescues that day were highly unusual. "I haven't heard of that happening before," he said.

"Jeff is a dedicated firefighter," he said. "It's no surprise that, even on vacation, he would be aware of his surroundings and be concerned for the welfare of others."

Cavett himself said, "It's the most stunning thing I've ever done."

The modest hero said he's thankful that he was strong enough and capable enough to pull it off.

"I'm grateful to give the kids another day."

He was never a lifeguard, but he did earn a Boy Scout lifesaving badge. However, ask the modest hero if he ever saved anyone else, and he will tell you that when he was in high school, he rescued two classmates who had gone off a drop-off in the Wisconsin River on a canoe trip. The girls couldn't fight the river's strong current. The young Cavett brought them to shore one by one.

But again, he doesn't want to be called a hero.

"I'm more like the guy who does good deeds in the middle of the night." 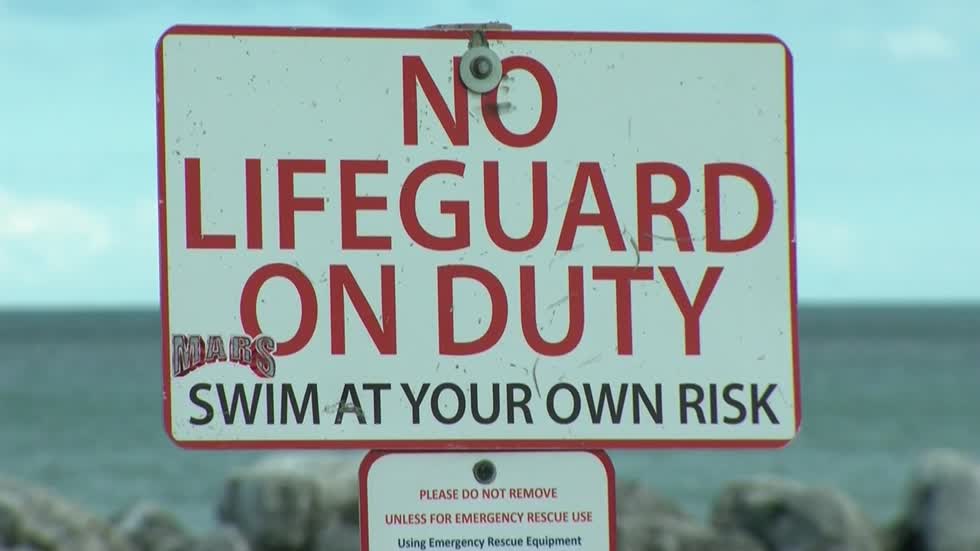 You may have also heard the international news of three young Canadian 11 year old girls performing water rescues of a teenager and a 20 year old a couple of days after Cavett's rescues on the beaches of South Surrey, British Columbia.  Kate Hunter, Lily Cox and Georgia Springate – all 11 years old and members of the Crescent Beach Swim Club – were at the beach on the evening of Aug. 18 when they realized two swimmers, a young woman and a teenager, were in distress.

“We were just pier jumping, then one person asked us to help this woman to the ladder,” Lily recounted. “We had just jumped in.”

As Lily towed the woman to the pier ladder – in what she described as a “pretty cold, strong current” – Kate swam to help a teenager who was clearly struggling after having jumped in wearing a T-shirt and leggings.

Once the woman was safe, Lily and Georgia headed to assist Kate.

Initally trying to also bring the teenager to the pier ladder, the current proved too strong, so the girls headed for the beach instead. 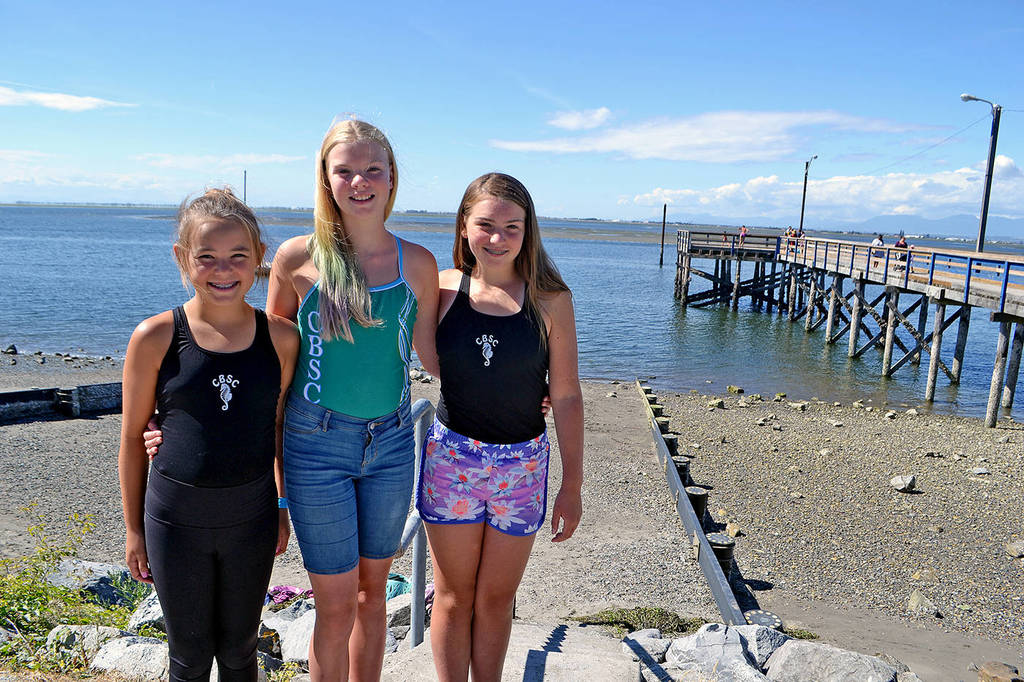 This contrasts with what happened in Ludington on July 7th as recounted by Mlive, when three girls in the age range of 12 and 13 were in distress after being pushed in rough waters near the breakwater.  A 29 year old man jumped in to rescue them, and others also tried to assist, while someone called 911.  Thankfully, they were fished out.  No mention is made of any effort by the Ludington Beach Patrol, who was likely on break back at the fire station as this was the middle of his shift.

Were there Ludington lifeguards present, these young girls would likely never have gotten in this situation to begin with.  We can't always depend on there being good Samaritans that risk their own lives to help and be able to save themselves from being a victim too.

Thanks for the info. X, and thank God for the hero, Jeff Cavett, making the outstanding rescues of 4 children that late July day. And as you stated, a similar situation also occurred at Stearns Beach this summer too. How many times do these unwanted and unnecessary rescues have to happen, before Lifeguards are restored in both Manistee and Ludington? Liability? Wth does anyone with common sense and legal opinion think is going to happen when someone dies? The City will be sued, for $$$Millions if anyone drowns, regardless of the silly signage. I don't remember one time someone suing when we did have Lifeguards, ever! Though I really don't know for sure if anyone did drown all those decades, but if so, it must be only one or two over a 50 year period. This subject should be a serious reconsideration of reinstatement during the off-season now, else, we can only expect more situations into the future, and not all can come out a success, just based on chance and statistics.

I'll admit some muses.  Some guy named Ed on Facebook clued me in on the Jeff Cavett epic, and WMOM clued me in on the Canadian girls heroics.  My non-epic work was just gluing those stories together with the hopeless situation we have allowed in Ludington over the last seven years, where only sheer luck has stopped us from having the three watery deaths we suffered towards the tail end of the 2010 season, the year after Ludington lifeguards were discarded.

With the current look and outlook we have at city hall, having lifeguards return is just as dead in the water, even when their presence is cheaper and more practical than having the lost beach patrol.