One month ago, I wrote an article Can You Still Enjoy Kool-Aid While Wearing a Mask?  I looked at this year's metamorphoses of opinions on wearing masks in the age of COVID-19, where everybody was unanimous on the dangers of wearing masks if you're a healthy individual under normal circumstances.

Sometime in April, that consensus, correction, that scientific consensus, which was held by medical practitioners for decades and supported by various scientific studies, was suddenly reversed on specious grounds.  It was odd, because one early  April study found that surgical masks and reusable cloth masks are both “ineffective in preventing the dissemination of [COVID-19]”.  In fact, there was plenty of dissension in the scientific community, with noted scientists in the field commenting that the science was almost purely anecdotal and not derived from scientific methodology.

Although I did not make any suppositions in my article as to why the government agencies and our governor went from 'no masks needed' to 'masks needed', nor look at the lack of scientific rigor in the decision to mandate masks for healthy people, even those residing in the deep woods remote communities of the Upper Peninsula and Northern Michigan that lack significant viral issues, I did make some observations in my private messages to others in social media. 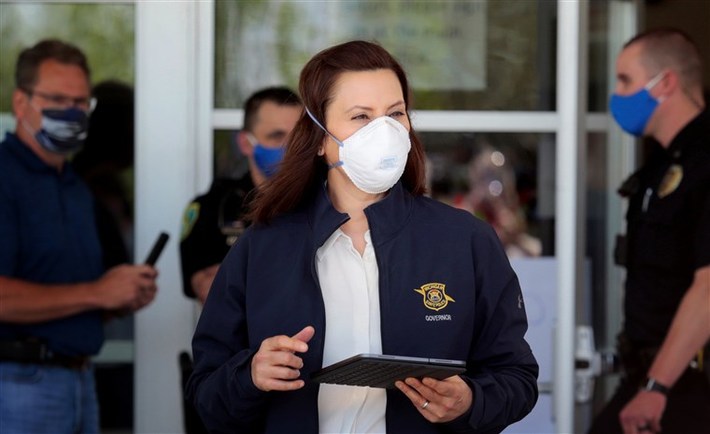 I generally do not 'unmask' what I say to others  or what they say to me in private conversations, but I can safely reveal what I said in late April, shortly after Governor Whitmer made masks mandatory for people in closed places other than their home.  After discussing some recent news, the topic turned to mandated mask usage.  Now, even in private messages, I generally don't devolve into launching 'conspiracy theories' that better define the data, since you never know when that may come to light later, but that night I made the following prescient statement (with parenthetical assistance for context with the rest of the conversation, that is, everything in parentheses is for clarification of pronouns and concepts already discussed):

"Changing the narrative 7 weeks in (regarding wearing masks) without support from the science signals that those in charge of maintaining this hysteria hoax is about to shift gears.  Your idea makes sense (having strife between maskers and non-maskers), but why masks, why now, when the deadlines for slowing the spread are way past and people are protesting to get their life back?  Unless... in the grand scheme this is the start of a transition to the post-Covid playbook to dethrone Donald Trump.  With mask wearing mandated in blue (Democratically-controlled) areas, expect to see leftists activated by a false flag incident to ignite the base through the summer, and expect another seamless transition in fall with a new and improved virus to bring more ruin to the economy and the election integrity so Trump loses Michigan and other states."

I was asked later in the conversation about what I thought the false flag incident would be, and I missed it-- but not by much:

"... it'll be about race, it will be timed for best effect, an unarmed black youth getting beat up by white MAGA-type guys or excessive force LEOs.  Staged and recorded by actors in either Wash. DC or Baltimore.  Cooped up leftists nationwide w/masks on serving a dual purpose will riot may make the 1960s look tame in comparison, further ruining the economy as it runs its course."

I hadn't really given it much thought over the next few weeks, even when I first saw the video of George Floyd's death, which I viscerally reacted to in a most negative way like everybody else.  But later that week when more details emerged, I noticed some problems that made me suspect that this was the event I had inadvertently predicted, here's the original video, there are other videos that make it seem as if the action got to this point organically:

The first thing that seems very odd is that there is no attempt during the ten minute video to communicate or do anything with George Floyd who is lying on the street with three officers on him.  By the other videos, we know that Floyd was handcuffed by one of the other cops on him, and apparently fell to the ground before being put into the police car.

Chauvin, the white cop kneeling on the neck and shoulders of Floyd for the length of the video, is assisted by J. Alexander Kueng, a black cop with Asian ancestry also, Thomas Lane, and Tou Thao the other cop we see keeping folks away who also is also Asian.  This diversity actually points away from a staged event, but one must ask what were the goals of the police during that ten minutes?  They had none.  Other than be part of a video that would work as a transition to the next phase, it goes from surreal to unreal when these officers remained on top of a totally non-responsive handcuffed man for four minutes without any reaction.

The ambulance arrives and Floyd is unceremoniously removed by EMTs who don't act any more like real EMTs than the four police officers were acting like real cops.  The videographer makes sure the back of the MPD vehicle with 'POLICE' on the license plate is visible throughout the film.

The timing seems perfect, with Biden fresh off making his gaffe about 'black votes', the mostly-conservative protests taking up more of the spotlight, and the Trump administration working not only on opening procedures for the country, but also in investigating the previous administration's policies of spying on Trump in 2016.  Feel free to reach your own conclusions on whether this was organic or not, I cannot help but believe I got it mostly right a while ago, when I looked to figure out the truth, the truth behind the mask.

You were very close to being right on the money. I'm going to nominate you for the Nostradamus award. Maybe you should start buying more lotto tickets. 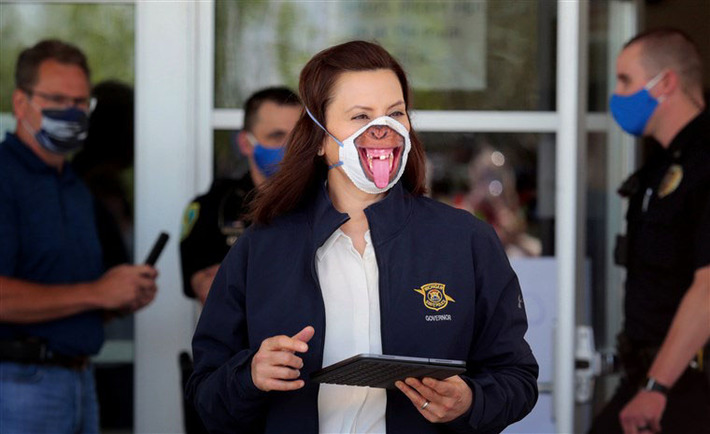 My crystal ball is mostly cloudy, but I have been using a mix of physics, sociology, psychology, probability, and history to figure out the trajectory both forwards and backwards of the otherwise strange events of 2020 in trying to make sense of it all.  I liken it to Asimov's science of psychohistory he developed in the Foundation series of novels.

Like that fictional science, knowledge of what psychohistory predicts can affect the behavior of the population, so only a select few can know the forecasts.  I can have you mark these words that there will be at least one more crisis/hoax between when these race riots ebb off the radar and the new and scarier virus arrives in the fall.

My crystal ball is mostly cloudy, but I have been using a mix of physics, sociology, psychology, probability, and history to figure out the trajectory both forwards and backwards of the otherwise strange events of 2020 in trying to make sense of it all.  I liken it to Asimov's science of psychohistory he developed in the Foundation series of novels.

Like that fictional science, knowledge of what psychohistory predicts can affect the behavior of the population, so only a select few can know the forecasts.  I can have you mark these words that there will be at least one more crisis/hoax between when these race riots ebb off the radar and the new and scarier virus arrives in the fall.

I predict things will intensify from now until the election with the left creating one crisis after another and one falsehood after another. There is no way they can let Trump win this fall because the game will be up for them. The Dems will be  getting more desperate as the summer heats up and I certainly hope we don't have a civil war before the election takes place. That is if we have an election. The deep state want's vote by email to be implemented and they will stop at nothing to accomplish that goal. These are dangerous times for America. I pity our Country and the World if Trump loses.