The City of Scottville has been transitioning towards a bad place recently by their acts and policies.  They have been finalizing their policies at the committee level-- committee meetings that are not publicly noticed nor accessible to the general public and where minutes are not being kept.  They hid the results of an investigation from the public and local media for two months, using an inappropriate claim of exemption.

That Investigation which led to the City terminating the contract with their city manager will cost the citizens of Scottville $15,000.  It is unclear from reading the one-sided investigation by Aaron Sailor (known mostly for his multiple incidence of police brutality and incompetent investigations of protected speech on this website and of an arson fire at the old lumberyard on Tinkham where he had two strong bits of evidence he refused to look into) whether they had much of a case against City Manager Courtney Magaluk, especially when one looks at her reasonable response to the issues raised.  The inefficiencies actually seem to be with some of the other staff in Scottville, particularly since they are getting money and benefits they are not entitled to.  These are more worthy of investigation than the inefficiencies poorly ascribed to the outgoing official.

The Black Monday referenced in this article's title, however, is not suggesting that dark forces have taken control over Scottville's City Hall, though that is debatable.  Neither does it refer to certain officials getting even more money than they should be entitled to, like Magaluk with her separation agreement or the current acting city manager scheduled to get another raise in the darkness of a Zoom committee meeting that citizens cannot attend.

No, the February 1st Scottville City Commission meeting was Black Monday because the City's monitor of the meeting, Commissioner Rob Alway, who also runs a local media company, blackened the video feeds of all citizens and media in attendance at the virtual meeting without any reason to do so.  To be clear, the officials were visible, but the ten or so citizens in attendance, many of who joined the meeting with their video unblocked, were summarily blacked out as the meeting commenced.

Zoom meetings seem impersonal enough, but this just seemed rude and unprofessional on Alway's part.  It also is arguably against the recently revised Open Meetings Act provisions for remote meetings because it interferes with the "two way communication" that a public body must provide for at these meetings.

To possess effective two-way communication skills, we must process both verbal and nonverbal information flows at the same time... when you are a speaker, your goal should be to pay attention to both the receivers words and their nonverbal signals... 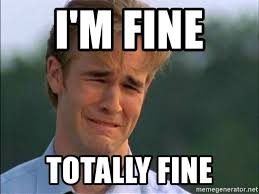 Anybody who has been in a relationship with somebody who has a hard time admitting their feelings (and this includes a public body with the citizens they serve) knows that processing non-verbal clues is essential.  This inability to be seen by the commissioners led to me, a member of the alternative media, being shut down from doing two things at this meeting.  I cannot say for sure how other attendees felt, I couldn't see them nor hear them except for when Commissioner Alway unmuted them for public comment.

The first time came after they voted to go into a late-added closed session.  I wanted to raise a 'point of order' as to who was attending the session, as public bodies are advised to make these motions with a declaration of who is going to be in the closed session.  I could not be seen or heard to make the point, which is allowed under Robert's Rules of Order, so I was not permitted two-way communication when it was important to have it.

The second time came during the second public comment, where Commissioner Alway asked for citizens to 'raise their hands' to get noticed by him.  A couple who were more familiar with Zoom meetings apparently found a 'raise hand' feature hidden in a scroll-down accessory (which I learned of after the meeting).  I didn't see any such feature, so I foolishly raised my hand and tried to unmute myself, thinking that Alway must be able to see me and the other attendees.  I was ignored.

And even had I been allowed to speak, I had a visual aid to emphasize my comment that I wouldn't have been able to use for effect in my black rectangle.  Commissioner Alway, if I and others want to turn off our video, we would be doing that; do not make that choice for us.  If you want to be taken seriously as a journalist and a commissioner, you cannot trample on the First Amendment rights of other media and the public at large.

I absolutely agree X. Alway's situation has "always" been a pet peeve for me. How in the World can anyone remain unbiased and neutral when presenting news regarding City business when that person is neck deep in City business. A huge conflict of interest that he is stubbornly ignoring. I for one can not in all sincerity take his news reporting seriously when I know he is not operating his business on an even keel. I gave up on the LDN a long time ago because of all the corrupt reporting and sadly Alway is following in LDN's foot steps.

Alway has made his own internal peace with the falsehood that he can serve as both politician and journalist without any conflict.  Nothing prevented him from serving on the Scottville commission and using his talents to serve as a liaison between the public and commission by keeping the conversations and city hall as open as possible by supplying frequent updates and accepting diverse viewpoints.  He has instead embraced the darkness in both of his professions.

At One time Alway took the moral high road and resigned from a COS position because of a conflict that he felt.  Soon got over the high moral road stance and was back in COS government but limited the MCP articles to only a few when he felt someone needed to be punished like Commissioner Pasco and punish him Alway did. So much that Pasco resigned. MCP articles about the city where very few as Alway must have felt not writing any articles was keeping him separated from the story but then as time went on more and more stories less separation.. Now vocal as a commissioner, MCP owner publisher , and now seems to be a Liaison for MCC schools and the Optimists Club as well.  A Man wearing too many hats seem to be hard to balance...