The Loveliest from Ludington

You might think from the title that I am writing about myself again, but I'm too darn humble for such self-adulation.  This short article is to alert you to the fact that a recent MSN article posted yesterday entitled "35 of the loveliest lighthouses across the US" had a result that should make locals proud.

I don't usually waste my time filtering through somebody's subjective list of the best something or the most beautiful something else, but I had some time to kill and figured I would check out the reviewer's bias.  Having looked at other lighthouse lists in the past, the bias was usually fairly easy to spot when 90% of the lighthouses would be abutting one ocean or the other, signaling that the review board was on either coast trying to satisfy their own areas or egos.

Any list figuring out the loveliest lighthouse would likely have such bias since it's less objective than listing oldest lighthouses, for instance.  This list featuring 35 picturesque lighthouses has some old lighthouses from the early 1700s and some new ones just before the turn of the last millenium.  The article begins:

"Originally built to guide the way for ships and mark the entrances of harbors, today lighthouses have become beloved landmarks in their own right. Found on a variety of shorelines, from the rugged rocks of the Pacific coast to remote Alaskan islands, these light stations are just as pretty as they are practical. Here, we round up the loveliest of the lot."

As you count down from the 35th to the first loveliest lighthouse, you see that it's a rather inclusive list, featuring lighthouses on both coasts and on the Great Lakes in a fairly equitable way.  Lighthouses on the Great Lakes get a fair shake, particularly towards the top of the list.  When you see Round Island's lighthouse near Mackinac City come in at #3, you probably wouldn't expect another Lake Michigan lighthouse above that.

But you would be wrong; for at the end of this list, coming in hot as number one in the nation as the loveliest lighthouse of 2022 was none other than Ludington State Park's Big Sable Lighthouse. 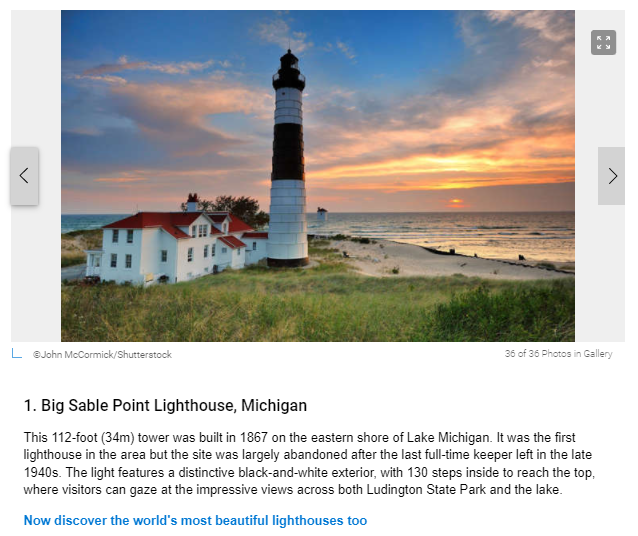 Congratulations to everyone who has helped keep this remote lighthouse looking good enough to be considered the loveliest lighthouse in the nation.

One of my favorite subjects X. Although I am partial to our lighthouses from Little Sable Point to Big Sable Point, it's hard to understand how Big Sable can top the list for the entire U.S. Even in Michigan I think there are other lighthouses that exceed the beauty of Big Sable light. I do have to congratulate the organization,SPLKA that looks after our lights. They have done a fantastic job and deserve a lot of praise. Most folks don't know it but  Michigan has more lighthouses than any other State in the Country. There are a lot of them to see. 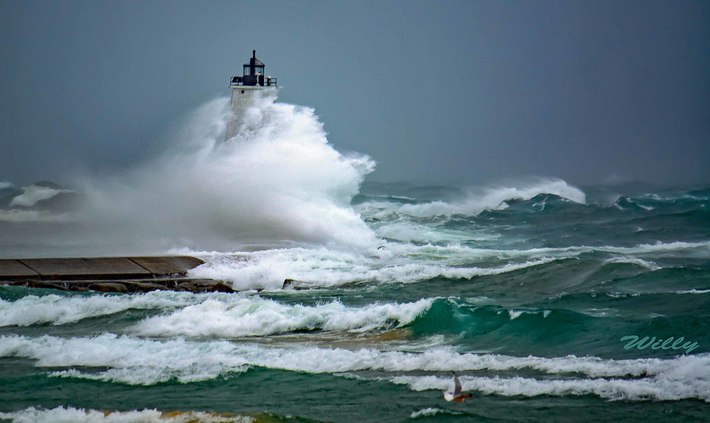