2020: The Year the Public Lost Confidence in Government Numbers

Two interconnected events in 2020 took place that shattered America's remaining faith in the objectivity of their government's numerical analyses:  1) the November election and 2) the Covid-19 health crisis.  A decennial census taking place while most of the nation was shut down and seemingly taken with as few safeguards as elections may yet be a third once the final results are known. 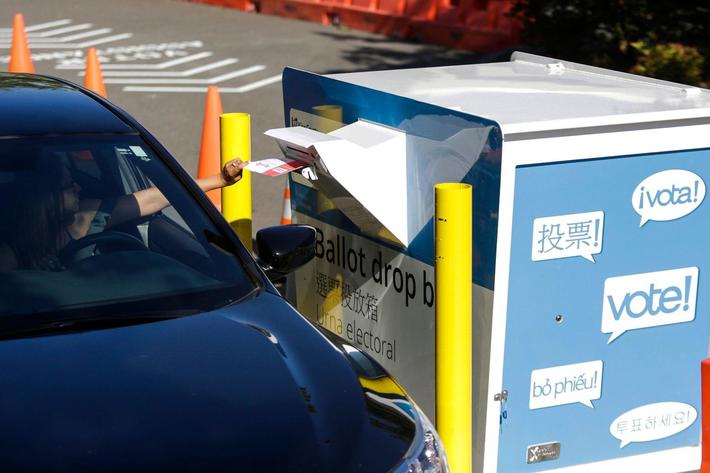 The former event is self-evident to those that have been paying attention throughout the year and beyond the November election.  Officials in battleground states set the table for a voting process that had very little quality control, starting with ballot applications being sent out to unqualified electors, be they dead, moved to another state, or otherwise ineligible to vote.

Over the past nearly 40 years, presidential elections have observed an intriguing phenomenon: 19 "bellwether" counties in the nation have always voted for the winner, be it Republican or Democrat.  In 2020, all but one of the bellwethers picked President Donald Trump by a margin of some 16 points on average. Only one, Clallam County in Washington, went for former Vice President Joe Biden and only by about a three-point margin.

A larger statistical anomaly occurred in Michigan twice (and in other states where Joe Biden was well behind) when two otherwise smooth curves of votes for both candidates had an unbelievable jump for Biden during the middle of election night changing what looked like certain Trump wins to losses over the course of the next few days.  States who had not bastardized the voting process into irrelevance finished their counts on election night without evidence of fraudulence.

Even a Republican stronghold, Antrim County, Michigan, experienced a totally unexpected landslide for Joe Biden, with several precincts recording numbers well over 100% of the registered voters participating in the election.  Human error could not explain the host of irregularities, a forensic review of the voting machines appear to have found the culprit; the Dominion voting machines involved appear to have a host of problems following a forensic examination only invoked because of a lawsuit looking into something other than the presidential election.

If you are reluctant to accept conspiracy theories, consider that the hardest-to-believe conspiracy theory is that these anomalies, intentional processes and other unprecedented official acts that defied transparency/accountability were not part of a concerted effort to insure the election for Joe Biden should the public not vote in line with polls that seem to have been way off for a presidential election once again.  Denying the underlying mathematics, the hundreds of compelling affidavits alleging illegal acts, and the overt motives of those running the elections in certain states is pure fantasy-- and even those who appreciate the results should consider what their acceptance of this unreality portends.

The numbers of the Covid-19 pandemic have likewise not added up.  One should expect this when noting all of the changes to the narrative and public policy during the course of 2020 regarding multiple aspects of the virus.  One number that really shouldn't have much variance is the recording of deaths attributed to Covid-19 in Michigan.  Throughout the year, however, the official number of deaths being reported have varied considering the source used, and the difference has been significant.  The following graph is from the State 'health department' (MIDHHS) showing deaths per month for various causes.  The numbers for December 2020 is not near complete, but the rest of the year should be according to their stated limitations:

If you add up all of the 2020 coronavirus deaths before December you count 8255, yet a running count on November 30 reported that 9134 deaths in Michigan had occurred: Both chart and graph list the same MIDHHS source, but the one that realistically should have smaller numbers (the bar graph made early on November 30th) has nearly 2000 more deaths attributed to Covid-19, an 11% difference, over the same time period in Michigan.  The pattern continues when you compare these MIDHHS numbers for the end of October, the chart at 6394 deaths, the graph at 7340.  September:  5875 to 6751.  August:  5677 to 6480.  One has to go back to the end of April to find where the chart beat the graph in death counts:  3910 to 3789.

Why has the difference in 'official' death counts been off by as much as 14% in the MIDHHS tallies during these times?  Does that give you any more confidence in their other numbers regarding Covid-19, or the election numbers reported by other members of the same state administration?  The people deserve complete and accountable answers in both cases.

Your right. There is just to much evidence that points to election fraud. Anyone who refuses to look at the facts is purposely avoiding the obvious. The picture of the ballot drop box with different languages is very disturbing. If a State wants multi language ballots that's their business but not when it comes to Federal elections. If you can't speak English you had better learn it. In California, for example, voters will be able to request a ballot written in Arabic, Armenian, Hmong, Korean, Persian, Spanish, Syriac or Tagalog, among other languages. This is insane but this is a vision of the future under leftists rule. 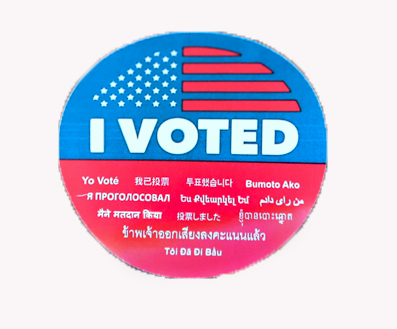 On the Covid issue I posted a chart in another topic regarding the causes of deaths in Michigan by age and lo and behold they do not match the chart posted on this topic. That chart which also is from the Michigan Health Dept. does not match up to the monthly tally chart posted here. What a surprise. In particular the Pneumonia and flu deaths do not match. There seems to be a 7300 death difference. 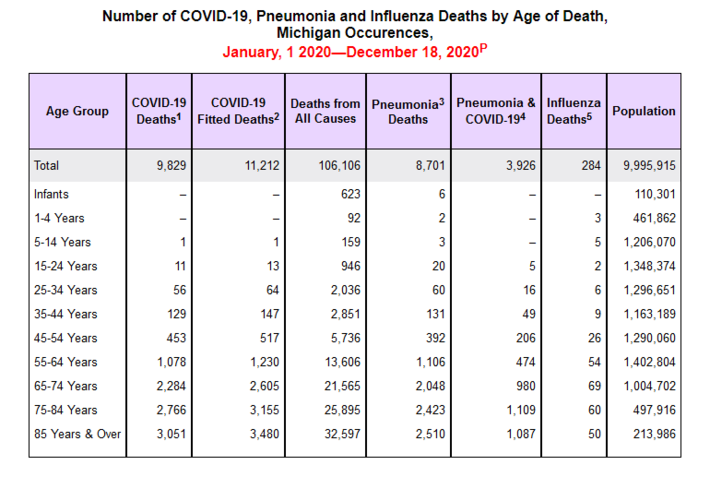 This country is toast.

Nancy the Queen just announced we are no longer allowed to use the terms, mother, father, brother , sister, son, Daughter etc etc lest we insult the 2 percent of transgendered nut jobs in this country. So much for free speech.

Where are the semi sane politicians ?( if there are any left) in this disgusting situation. When are people going to stand up to this garbage? The voter fraud is off the charts and everyone knows it , but no one is doing anything about anything. I don't get it? The Republicans are the same as the Democrats. Everyone is beholden to China I believe and China has so much on the politicians that they are squeezing them into submission.

"We the People " are doomed. The lockdown over the past year will be a vacation once China has their way with us... The 5G towers are going up by the hundreds every week.

Better to track you with my dears... the destruction of our country will be complete once we are all beholden to the government and big tech for everything we do or need.

The covid lockdown has been just a test run...Your numbers and graphs here prove that it was used ( and probably planned)  as a manipulation test to see how the big takeover will go.

I have never been a prepper but we are stocking up on medicine, food, essentials etc. Probably is not a bad idea to do so , given that every day some other crazy rule or restriction unfolds.

I fear 2021 will be no better than the shit show of 2020. Probably worse if Biden is truly sworn in.

Some Republican senators came forward to announce that they would be contesting the electoral count on January 6th, so it looks like they are not totally rolling over.  When there was zero proof behind the Russian collusion issue or the impeachment, our wonderful media dwelled on it and developed their own fake stories.  Now they actually have hundreds of affidavits, compelling statistical proof, internet connected voting machines, and actual felonious behavior by some election officials, what do you get:  nothing.  But they will take down your posts and websites that report the election issues.

Good catch, Willy, more numbers that are even more off.  One chart has distinct pneumonia and flu deaths at about 9000 the other has the causes combined and has a tally at about 1700.