Last June, a few days after marching with protesters against police violence inflamed by the George Floyd death while in police custody, Michigan Governor Gretchen Whitmer made it abundantly clear that she was for the spirit of the "Defund the Police" movement.  She was recorded in a Zoom interview acknowledging the same after she was questioned whether she supported taking money specifically from police departments and put them into something like education:

"You don't need all that money going to police departments, so yeah, the spirit of (defunding the police), I do support that."

Zoom into the future eight months to February 2021, the governor submits her proposed 2022 executive budget .  Under Whitmer’s recommendation, total spending for the Michigan State Police would increase 5% from the $738.1 million authorized for the current (2020-21) fiscal year to $773.2 million next year.

Surely that must mean that funding for education jumped up at least as much, yet one finds in that same budget, Whitmer proposes a $162-per-student, or 2%, increase in base aid for most traditional districts in the fiscal year that starts in October. Better-funded districts would get $82 more per student, or roughly 1%.

The budget increase for the state police-- after making her pledge in the spirit of the 'defund the police' movement-- is 5 times the rate of the increase in school funding for many school districts in Michigan, nearly 3 times as much for the other schools.  The priorities she budgets for do not match the pandering rhetoric. 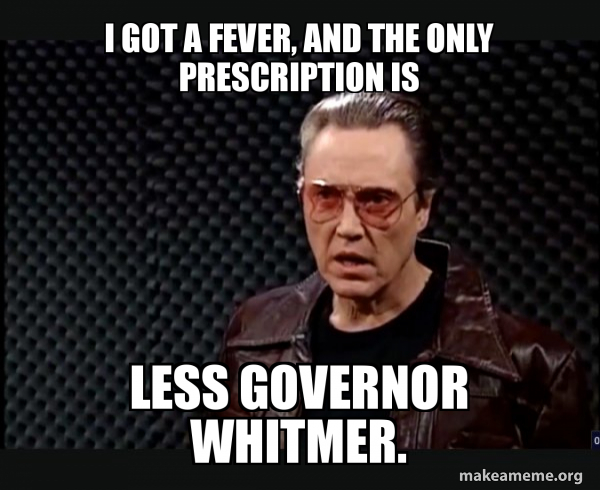 My only question is, when is she going to Washington to help Biden by practicing  her own brand of tyranny on a national level. Please Whitmer get the %@#$ out of Dodge. 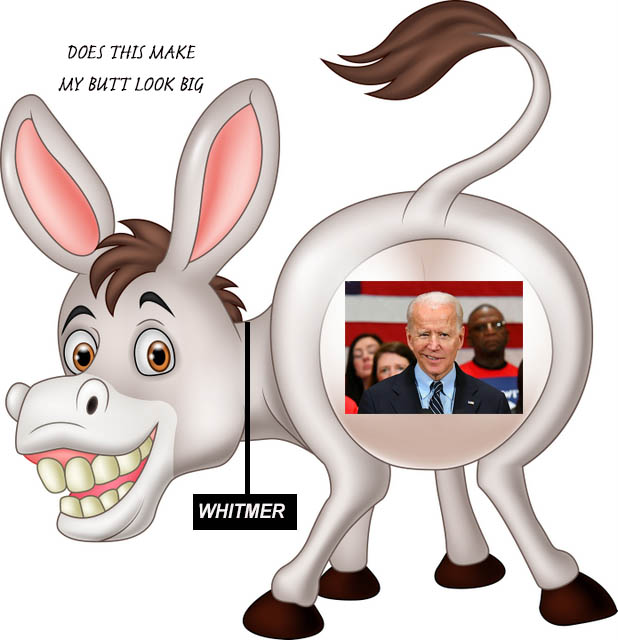 Even if she gets tapped to go to Washington and helps ruin things on a bigger scale, she would leave behind an administration in Michigan that would be just as tone deaf as her.  One interesting wrinkle is developing in New York, where Governor Cuomo is finally getting some flak from early Covid-19 policy that put patients with the virus into nursing homes.  That should be investigated here in Michigan as to find out her level of complicity in creating these killing fields, just like it needs to be in the Empire State.  This was not following the science, it was ignoring the science.