The agenda packet for the special Ludington City Council meeting at 5 PM on 9-19-2022 had only two items on it:  a first reading of an ordinance to hire legal counsel for the charter revision commission (whose legality is still in question in the courts) and the choosing of a city treasurer.

Curiously missing was any information on the treasurer selections they had to choose from and any prior Personnel Committee discussions on the topic; one would have to presume the city council was coming into this meeting as ignorant as the general public was.  Another riddle to add to the Treasury of Treasurer Conundrums already written about before the meeting. 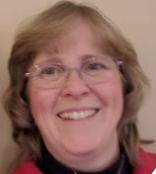 By the end of the meeting, it would be revealed that three people applied for the position, two had resumes that came before the council, and the choice the council made (pictured to the left) without any real deliberations was rather surprising considering the opposition.

Missing officials from the meeting was Councilor Wally Cain and City Attorney Ross Hammersley, but other than media (David Bossick from the COLDNews and me), only Mark Barnett showed up, he who currently serves as the chairman of the charter revision commission and who was there to answer any questions regarding the hiring of counsel by the CRC.  After a call to order and the pledge of allegiance, I was the only person to speak during public comment:

XLFD:  "The posted notice and the Personnel Committee notes indicate that the council is set to appoint some mysterious character to an elected office in order to serve out a term of over two years.  That is legally impossible according to the charter and its vacancies in office section.

It clearly states that any elected office made vacant will be decided at the next regular election.  That falls on November 8th this year, nearly four months after Mari Jo Wittingen made her resignation known, not the regular election in 2024 which is two regular elections away.  The person appointed tonight on an interim basis can legally serve only until December 31, 2022, at which point whoever is lawfully elected on November 8, 2022 would take over, should the council wish to immediately call for a special election for November 8 to fill the vacancy properly and legally.

If the city council desires to violate the city charter and not declare a special election for treasurer, there are legal remedies much like the case I am currently litigating with the City over the council's total failure to fix the costs of a charter revision and fix the compensation of the charter revision committee's members, both of which are required by statute.

With two knowledgeable attorneys on the council and an accomplished Traverse City attorney and law firm in support, why is the city choosing not to follow the law, but rather corrupt the law on a whim as if our city government no longer has to play by the rules?  [END comment]

Kudos to Councilor Johnson who would later question the city manager about what I said regarding the charter, but the question was fielded by Clerk Deb Luskin who deferred back to what they did with the treasurer position back in 2018 when they appointed Tom Ezdebski as treasurer and I pointed out what the charter said.  She summarized that the prior city attorney decided in August that since the filing deadline for the November 2018 deadline was past, the next actual regular election was to be held in 2020.  I didn't buy it then, but I thought their choice was an honorable and competent person, so I didn't fight it beyond council chambers.

The memo from the city manager to council dated that same day stated there were two qualified applicants interviewed, but it was noted a third had offered their service but was unqualified by their lack of experience.  The selection committee recommended Virginia Didur, citing temperament and background experience.  Fortunately, after the meeting I received what each councilor received in this memo, including Ms. Didur's application: Thirty years of accounting experience with Harsco Rail is some good experience for a treasurer, but she was chosen unanimously without any real discussion among councilors over somebody who had a decade of experience at being the actual treasurer (two as deputy treasurer) for the City of Ludington, Linda Rogers.

Rogers' cover letter notes this and explains why she is uniquely qualified for the short-term position.  Her resume shows that her retirement from city hall was legit; it was said at the time she was going to be bound for Colorado, but she is back in town now.   And yet she was completely overlooked by the council and not recommended by a selection committee consisting of two people (Jackie Steckel and Deb Luskin) who worked aside her for those ten years she worked in city hall.

On paper she looks like a perfect interim candidate, ready to serve either a few months or two years plus a few months, during a time when the City really needs a treasurer to help with the budget.  But she was totally ignored by the committee and a city council, most of whom served while she was still working.  That's one more conundrum to consider.