Election Day is coming up quick on Tuesday, November 3, 2020 and unlike any previous election, there has already been several tens of millions of ballots already cast by mail and early voting allowed in most states.   This includes Michigan, which, with Vermont, has the most expansive early voting process where votes can be mailed in to the local clerk at least 45 days before the general election.  Many states like ours have promoted practices ripe with fraud, and national voter reform needs to be enacted before the next election to insure integrity with the voting process and not disenfranchise the law-abiding voter and to support the process:  one person, one vote.

It has been a hard year to gin up a lot of enthusiasm for local elections.  Due to the pandemic, door-to-door campaigning is way down, you see very few local candidate signs out in comparison to the past.  The death curve was in its spring prime, courthouses and city halls were closed, and the shutdown was in full swing during the period of time when local wanna-be candidates would normally pick a petition up, get the required signatures, and file for candidacy.  It all worked towards a suppression of democracy in local elections all over Michigan.

Only those candidates already primed to run were advantaged by this sort of political climate, and those with inside information.  In Ludington, the general citizen had no way of knowing that the 1st and at-large councilor position and the treasurer position would be vacated by the incumbent.  City hall seems happy with the fact that there were no treasurers running, so that they could appoint their own stooge at the end of the year.  It's a sad, sad year for local elections that will hopefully never be repeated.

Nevertheless, we are providing our usual guide to help you make choices at your polling place, most of our informational material will come from the candidates' own website, 'debates', or reviews.  Our approach, as usual, will be to synthesize the positions of candidates in contested races into finding out what type of voter would vote for them.  You may find a ballot for your own ward or township here. 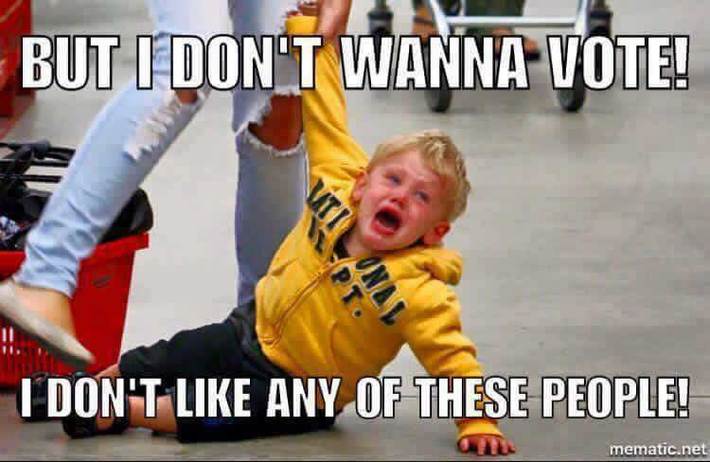 !st Ward:  Jeff Beilfuss vs. Ted May.  The COLDnews interviewed both separately to get their views and a little bit more.  Beilfuss has a respectable video explaining why he feels he's the person for the job on his Facebook page.

CHOOSE Beilfuss if the video impresses you or you respect him as a local business, May if you want somebody with extra time and/or experience in law enforcement.  Not a lot distinguishes these two, unlike...

5th Ward:   Wallace Cain vs. Angela Serna (Incumbent).  Easily the most interesting local battle coming off a race won by Serna in the 2018 cycle by four votes.  Cain demanded a recount which left the results unchanged.  Both have served as Fifth Ward Councilor for just under two years, Cain as an appointee.  The minutes of the meetings they served at are found here.

Two of the best comparisons is to see how they operate at the meetings and how the COL has responded to them.  In minutes and on video, Serna asks many relevant, exploratory questions, it's not uncommon for her name to appear over a dozen times during discussions.  Beyond seconding motions, Cain would be more likely to only say 'aye' during a regular meeting.  For his lack of initiative, Cain was awarded a resolution of recognition by his peers at his last meeting as councilor.  For criticizing the former police chief for not doing his job (when he wasn't), Serna was censured by her peers in a cringeworthy display of 'council unity'.

CHOOSE Cain if you approve of a council that asks few questions, votes in a bloc, and does little research on topics coming before them.  Choose Serna if you want public accountability, desire a second viewpoint, and don't mind longer council meetings.

School Board:  Four are running for three seats:  Bret Autrey, Steve Carlson, Michael Nagel (all incumbents), Jason Wolven.  Restricted access to a COLDNews article has a little information, otherwise nothing is available other than a review of Autrey this summer and nobody else by the COLDNews.  The school board has a reputation for being a monolithic group and nothing reinforces that impression by the three incumbents forming their own political action committee which sends out flyers that promote all three incumbents.

CHOOSE all three incumbents if you approve of the current school board.  Choose Wolven (and him alone) if you disapprove and want change.

79th District Court:  Glenn Jackson III vs. John Middlebrook.  The MCP provides a helpful Q&A with both candidates.  For additional info, Jackson has a website, Middlebrook has a Facebook site.  Both have served in the prosecutor's office, Jackson moved to the court magistrate position.

CHOOSE Jackson if you like his year of experience in the court and his endorsement by the sitting judge.  Choose Middlebrook if you want an experienced magistrate in office, are upset about the sitting judge choosing his successor, or just think he will be a fairer jurist.

Sheriff:  Michael Meyer (write -in) vs. Kim Cole (Inc).  The MCP is the only source featuring this write-in challenger.  I asked the challenger a couple of questions of policy on Facebook and was blocked.

CHOOSE Meyer if you want to defund the police or you've just had a lobotomy.  Choose another write-in if you do not support Sheriff Cole.

First District Commissioner:  Susan Boes vs. Nick Krieger (Inc).  The MCP does another comparative interview that is informative on differences.  Both have served as commissioner for over a year, Boes had a full term over 5 years ago, Krieger was appointed after Wally Taranko's death.

CHOOSE Boes if you like her conservative attitude or her prior record.  Choose Krieger if you are more moderate and like more of a thinker on the board.

Seventh District Commissioner:  Ed Miller vs. Ron Bacon (Inc).  The MCP compares the two views on the issues, but not in much depth.  Both are active long-term residents in the eastern part of the county

CHOOSE those two that represent your political views best.  Use the same strategy for public university regents.

101st District Representative:  Beth McGill-Rizer(D) vs. Jack O'Malley (R, Inc).  BMR has her own election webpage, as does O'Malley.  The Manistee News Advocate ran a comparison, as did Traverse City.

CHOOSE Beth if you like her Ludington roots or her unapologetically liberal agenda.  Choose Jack if you like his performance thus far or his opposite conservative values.

Proposal 1:  Discussed here, it has divided the Democratic Party into how to use funds derived from oil and natural gas mining operations.

CHOOSE yes if you want the money used for maintenance and creation of parks and other natural areas.  Choose no if you would rather see that money used for land acquisition by the state

Proposal 2:  Discussed here, it would require police agencies to have a search warrant before accessing electronic data and communications.

CHOOSE yes if you believe in Constitutional values and this logical extension.  Choose no if you are in law enforcement and want shortcuts despite your oath to protect and defend the Constitution.

2nd District Representative, MI:  Bryan Berghoef (D) vs. Bill Huizenga (R, Inc) and 3 others.  Berghoef has a website, as does Huizenga.  Both come from the southern part of the district, they have debated virtually.

CHOOSE Berghoef if you think the two biggest issue facing America is social equity and having a stricter Covid-19 response.  Choose Huizenga if you have different priorities and like his record.  Choose others if you don't like either main candidate.

US Senator:  John James (R) vs. Gary Peters (D, Inc).  James has a website, as does Peters, Peters seems to have avoided debates once again like he did in 2014, likely to maintain his lead.

CHOOSE James if you want a change and appreciate his conservative views and military background.  Choose Peters if you want somebody that will fight for liberal causes in a background role.

US President:  Joe Biden (D) vs. Donald Trump (R, Inc).  Trump has served for almost four years in the role as president, Biden has been Vice President for eight years, served in other capacities for four decades.

CHOOSE Biden if you think he's done his past jobs competently and whether he has the energy and capacity to lead America for the next four years.  Choose Trump if you appreciate his achievements over the last four years, and think he can accomplish even more in four more years.

Permalink Reply by Freedom Seeker on October 30, 2020 at 3:30pm
Thanks for the synopsis, X. Thanks for the pictures Willy and Aquaman, bringing a breath of fresh air diversion to these crazy politics!

Excellent job X. You were informative and fair to all candidates. I urge everyone to vote conservative if you value your liberty, freedom and rights. Progressives are moving this Country dangerously to the left where rights cannot survive.

Vote like your life and the life of this country and the constitution depend on it...

Do not let the " Democrats" aka Socialists, Marxists, Communists, Progressives, leftists get a stronger foothold in Michigan. If the current Governor Whitless has not convinced you enough of what is coming down the pike then I don't know what other red flags would work in this regard.

Conservative, moderate, libertarian candidates are the only way to keep our country and city from falling prey to more corruption and chaos.

Believe me Willy, it's difficult to do an objective guide when your usual job is writing commentaries, investigative reports, and editorials.  Voting conservative or libertarian has been my guide through my life and I think it's very important this year too.  In local politics, however, there are some candidates that do not embrace conservatism and are attractive candidates, examples:  Angela Serna, Nick Krieger, Jason Wolven.

At the top of the ticket, each Michigan vote could be very important, and each vote could decide whether the Constitution and western civilization moves forward or whether we devolve into globalism, socialism, and corporatism.

Don't forget to vote tomorrow if you haven't already!