Scottville Investigating Committee Broke Laws by their own Admissions

A Tale of Two City's Committees

A couple of years ago, the City of Ludington set up an ad hoc committee and did it right.  When it was created by ordinance the committee's bylaws acknowledged that their meetings would abide by the Open Meetings Act, their records would be available to all members of the public, and that they would exercise no governmental or proprietary authority.  They included three qualified members of the public on the eight member group, investigating the consequences and impacts of local marijuana policy following the legalization of recreational marijuana in Michigan.  The marijuana ad hoc committee reported their findings after operating within the constraints of their purpose and authority and then disbanded. In contrast, the City of Scottville created on December 7th, 2020 an investigatory ad hoc committee by an impromptu motion.  According to the minutes, it consisted of City Attorney Carlos Alvarado, Police Chief Matt Murphy (the acting city manager), and Mayor Marcy Spencer.  The task of the committee was set to determine why the City almost missed a deadline for sending revenue sharing paperwork to the state, find out who was responsible, and determine whether other tasks had not been performed.  Without further limitations or purposes, the committee did almost everything wrong, contradicting themselves and violating transparency laws along the way.

At the Scottville Commission's next meeting on December 21st, Carlos Alvarado reported on the committee's findings at that point beginning about 33 minutes in:  "On recommendation by the chief of police, we engaged the assistance of Detective Aaron Sailor who was commissioned to perform an investigation... Detective Sailor met with the commission, and met with Chief Murphy and the mayor on several occasions during this time of the investigation and he unveiled a number of incidents... So he prepared a report and that report was delivered to the committee on Thursday the 17th, and on Thursday the 17th we met as a committee, we reviewed the original report, the report was presented in writing, and I received a copy of that report today..."

Before analyzing his words, note that section 7.8 of the city charter says in part:  "The Commission, or any person or committee authorized by it for the purpose, shall have power to inquire into the conduct of any department, office or officer and to make investigations as to matters in which the municipality has an interest."

This granting of power to an investigative committee is important, because the Open Meetings Act does not apply to strictly advisory committees, however, when they are granted powers delineated by charter and by their originating motion authorizing it, they must follow the OMA.  The OMA means that this committee must, at a minimum:

1) Have meetings open to the public

3) Allow people to address the committee at a meeting

5) Allow people the right to record a meeting

7) Keep complete minutes of the meeting

Alvarado admits that the committee met on December 17th, indicates that other meetings were held (and in the era of Zoom meetings, these could be held on a moment's notice), and stated that Sailor met with both Spencer and Murphy (a quorum of the committee) on several occasions.  None of these meetings were publicly noticed, deliberations and decisions were reportedly made to commission/authorize Sailor's investigation, and the committee did not keep any minutes of these multiple meetings.

We know the latter is true, because the local paper made a FOIA request for any of the meeting minutes of the committee and they were denied by the City's FOIA Coordinator, Carlos Alvarado, writing that no such minutes existed (as of 1-13-2021).  How does an empowered committee hold several meetings in a two week period in December and not have minutes on hand within the statutory period they need to be created (8 days after the respective meeting).

Compounding this lawlessness, Alvarado has also denied the newspaper's request for the investigation report completed over a month ago, and my additional request for the response City Manager Magaluk made after she was allowed to view the report.  The exemptions claimed are non-applicable to the point of being ludicrous.  Alvarado indicates through his response that the full report consists of nothing other than invasions of Magaluk's personal privacy and advisory communications.  That sounds less like an investigation and more like a directed attack against Magaluk.

Maybe this is why Alvarado stated at the last meeting on January 18th that Magaluk's desire was to have the report reviewed and discussed in open session, but that Alvarado decided to write a 'legal opinion' to be reviewed in closed session.  The ruling Scottville elitists represented in this 'investigative committee' would rather violate the OMA, the FOIA, and look at the fruits of their investigation in secrecy, than allow complete information regarding the affairs of government and the official acts of those who represent them as public officials be revealed.

The City of Ludington showed you how to run an ad hoc committee properly, why weren't you paying attention, City of Scottville?

I am curious if there are charges being considered for Magaluk?  Why are the police involved?  Is this proper use of resources?

Thanks, Anxious Guy, I didn't stress the point that Acting City Manager Matt Murphy's involvement in overseeing the investigation and being on the investigating committee seems to have a rather obvious conflict of interest on his part.  When he was hired by Scottville as police chief in early 2020, it was noted in the MCP that he had a bachelor’s degree from Lake Superior State University with a major in fire science and a minor in public administration.

It is not a big stretch to believe that Murphy could be working his way to a higher paying job as city manager.

I'm guessing what is happening is the the Flux Capacitor that connects Ludington to Scottville is on the fritz and your caught up in at time warp that has Scottville and Ludington connected in a time continuum where they are acting like political twins. That has to be the reason. It can't possibly be bad politics and bad decision making being done so closely  together. Maybe Alway can watch old reruns of the Outer Limits to get some idea of what is going on. 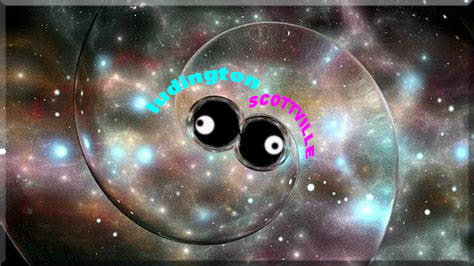 Permalink Reply by Freedom Seeker on January 21, 2021 at 6:23pm
Very funny, Willy! The flux capacitor reaches to Manistee too!

You're right about Manistee FS. So I made a corrected flow chart 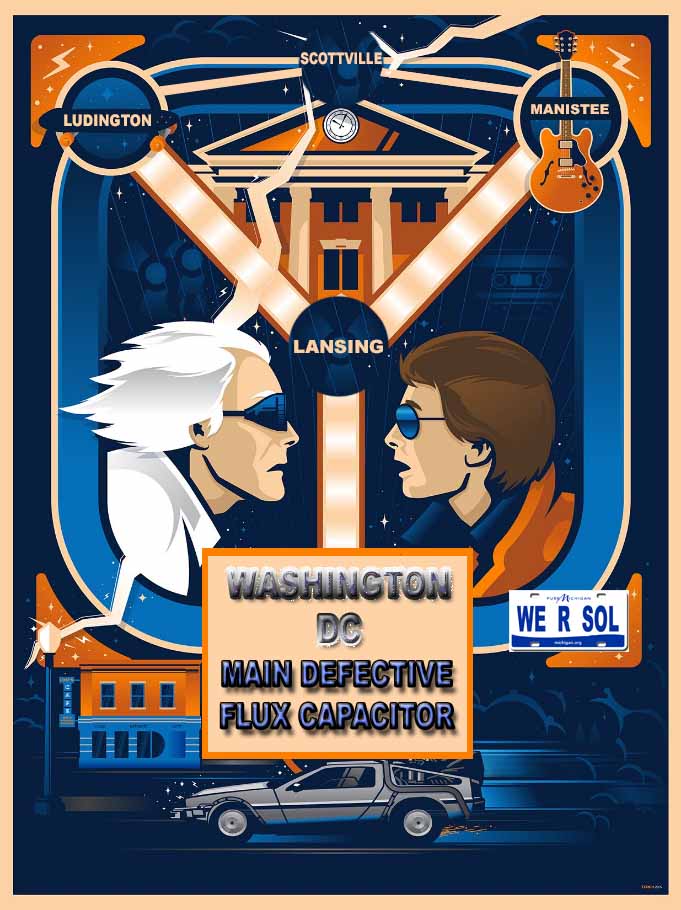 Permalink Reply by Freedom Seeker on January 22, 2021 at 12:12pm
Thanks for the creative image!

My pleasure. it's fun to do. If it were not for the politicians there would be little to talk about.