Michigan Governor Gretchen Whitmer issued her 160th executive order this year, and while most people obediently follow these orders, apparently the City of Ludington has decided they are immune to them.  The order, which went into effect and 12:01 AM this morning, labels itself as an 'amended safe start order'.  It says in relevant part:

Subject to the exceptions in sections 8 and 9, the following places are closed to entry, use, and occupancy by members of the public:  (e) outdoor services or facilities involving close contact of persons, for amusement or other recreational or entertainment purposes, such as... water parks, and other similar recreational or entertainment facilities.

The two exceptions do not apply for the City's defense in any way, the first allowing provisions for regions 6 and 8 (north of us) and the second allowing for several specific occasions.  It was noted in the news that due to this latest executive order, nearby Michigan Adventure will be closing.  It should also be noted that her EO #110 that allowed swimming pools and similar facilities to reopen was specifically rescinded by this latest order, which means that her majesty's permission for swimming pools and similar facilities is no longer around.

The public splash pad at Copeyon Park therefore, should be immediately closed and not operable starting today, and yet the following picture was taken earlier today at that facility: There are no signs around the area noting that the area is closed.  Has city hall decided that it doesn't need to follow Lansing's orders, even when they are effectively a political subdivision of state government?

Apparently, because they are also still utilizing their 'public pool' at Harbor View Marina.  This picture was also taken this afternoon.

The swimming pool's definition is still in dispute, it is ran by the City of Ludington in the process of leasing it from the State but signs all over the facility says it's 'private'.  They have made clear that slip holders of both city marinas can use the pool, they have also allowed a local condominium association to use it as well-- so this swimming pool could be looked at as a Petri dish for viruses from all over the state and country, as few slip holders are actually local.

One would have to believe Whitmer would not approve of this total disregard of her executive orders by a state subdivision in two different ways, potentially spreading the coronavirus under her name.  This is why the Ludington Torch is going to be reporting this potential health crisis to the appropriate state authorities, and hope that Attorney General Dana Nessel can close these dangerous facilities the same way she closed Fivecap for minor transgressions. 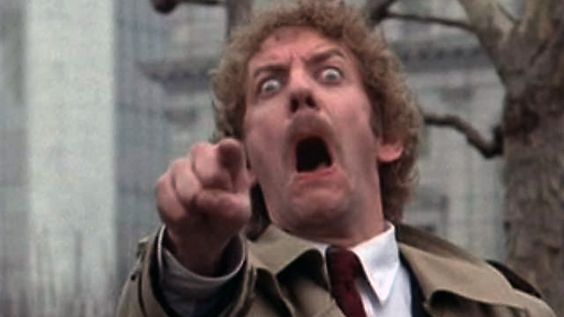 I was somewhat hoping that my posting of this on Friday might get some thoughtful discussions going on at city hall, since the EO explicitly ruled out the operation of water parks and similar entertainment venues, and it's fairly clear that splash pads are nothing more than water parks meant for the younger crowd and public swimming pools appeared to be set for closure too because of the rescission of the EO that opened them in June.

Hearing nothing from the City, despite the threat of reporting the problem to the AG over the weekend (and I also did with the health department), I felt the City was bound and determined to run the splash pad without any concern for the public health as determined by the governor and her infernal sciences.

People have assigned me motivations unfairly in this matter, my goalpost was shutting down the HVM public swimming pool, a facility being ran in defiance of Constitutional laws, but I hadn't read the full EO which had a section on them.  The splash pad was a bridge, if you will, to obtain that objective.  But I would be interested in seeing if anybody can determine the underlying issue that spurred this motivation, and how the City's favorable result using multiple state officials in the process, will help that cause.  Epictetus, do you care to hazard a guess?

X, I stopped by the splash pad today. Lo and behold it is now open for business. Looks like the City found a work around to their insubordination. 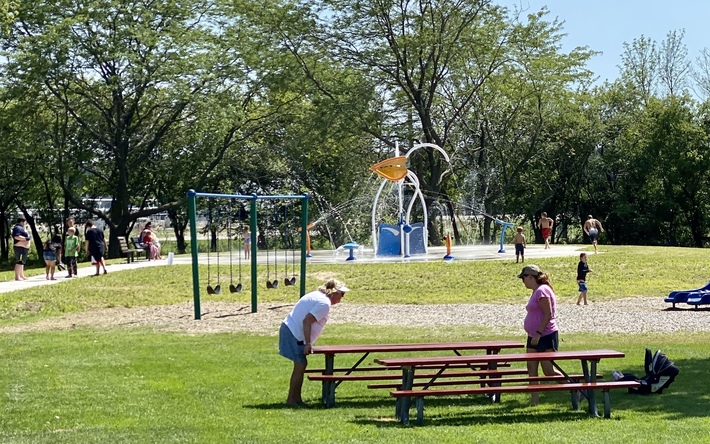 Permalink Reply by Freedom Seeker on August 6, 2020 at 10:33am
Good arguments Willy. And thanks for your views Epi. I agree with Willy, and that was my sentiment--the anger and possibly danger to his life, thrust upon X because of the first newsflash. It seems that person who wrote it was laying blame on the complainant, rather than humbly stating that there is concern over the latest EO, and proper posting and sanitization of the splashpad. Look at the difference in objectivity with the two announcements. The second was well done. The first was full of resentment and that's where the city manager should manage the staff, it seems. But maybe the same person wrote both and was having a bad hair day on the first. If so, imo, that bad hair day announcement set off a riot, a mob-lynching. That should be corrected, imo.

Well stated and I do agree that the two statements do have different sentiments.

A good journalist, like a good playwright, should be well-versed in tragedy and comedy as well as its different effects on their audiences.  Not that I'm either.

It's a very good point you make, FS, and part of Journalism 101.  Those who control the headlines often control the overall narrative of a story even when it may be significantly different.

Well said FS. This is how officials in Ludington have operated for years. I hope that there is going to be a change for the better after the next election

thanks also, X and Willy.  As far as hope for a change, I'm not so optimistic, though there will be a little movement.  As I see it, the DDA and chamber mostly runs this whole town, do what they want with the money and leave the 90 percent of the populace out of discussion (assuming the DDA clients have about 10 percent of the population, though I think that is high).  The entire city council has been or still is benefitted by their involvement in DDA meetings.  This is where I think the tail has been wagging the head for years, led through the Henderson years due to his thinking that the businesses might fold up and run out of town or something.  Meanwhile, budget has always been a problem, but the DDA continues running their projects (west end, heritage park, splash pad to name a few), compounded with false information on grants and circuitous financing, hate to say it  but outright lying at times to achieve things the secret minds cook up and leaving the rest of the city in shambles for high sewer and water debt and having to put up with roads and sidewalks for years.  (I cant believe they are going forward with new Heritage park bids in this economic downturn and it's never been published that I know of that any of the "Grants" came through in the covid depression).

You and X know this more than I but that's my summary for lack of hope in the next election.  Until we have a city manager who will stress the importance of budget, I only see more fees and taxes in my future and I'm so disgusted by the politics and the retaliations.

That cuts through a lot of the fog and is essentially correct. Freedom Seeker.

Years later it came out that President Johnson fabricated "the Gulf of Tonkin" incident so he didn't have to get Congress approval to declare war.  A little off base  but I see a bit of similar concept that went on here to skirt open meetings and people's input.  Our nation is going near $27 trillion dollars in debt with the next stimulus.

Permalink Reply by Freedom Seeker on August 6, 2020 at 11:52am
Glad you can see the difference, Epic, and glad you made it through the night, X (that is, wasn't lynched by the mobs who might gather in your yard).

If this splash pad project was / is a  public donation project who holds the funds?  I thought upkeep and repairs were to be paid from these funds?  If so, then the city MUST back charge all labor time , materials and equipment use to the fund.  It was made know from the start that these geese would be a problem with their pooping all over . Who could not see this coming.

I agree stump, in theory about backcharges, but I fear it's not going to work that way. Some who were on the sp committee also didnt want it down there, and I dare say that when they see many people from all over, some of those Karens are not even going to be letting their kids intermingle, especially with covid, goosepoop and stagnant run off ponds with green scum on top and look like they are deep enough to drown a toddler near the end of the slide and all around.  It seems the play water is just running into the ground creating those scum ponds?  I dont see any drains.

I think their intention is to eliminate the geese. They did pretty good raids chasing the geese off before building was started.